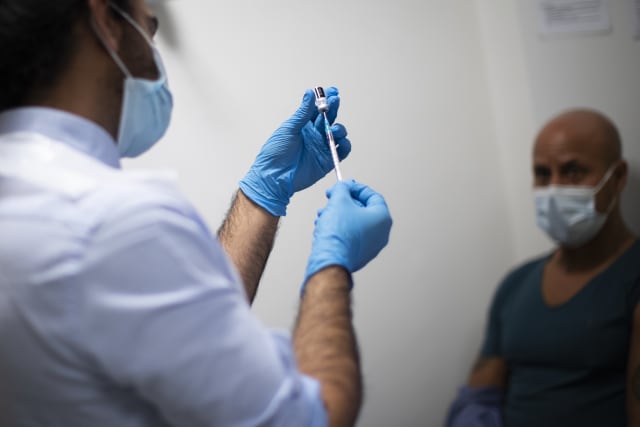 Vaccinating the population against coronavirus will cost taxpayers up to £12 billion, the public spending watchdog has estimated.

The National Audit Office (NAO) said the Government would spend up to £11.7 billion on purchasing and manufacturing Covid-19 jabs for the UK, deploying them in England and helping global efforts to find a vaccine.

But the figure does not cover the costs of any future potential multi-year vaccination programmes.

The NAO also said the costs to the taxpayer were uncertain and depended on how vaccines develop through clinical trials and what is required to manufacture and administer them.

And it warned that the taxpayer may incur additional costs because the vaccine contracts each contain a form of indemnity protection for the pharmaceutical companies in case of any legal action arising from adverse effects from the vaccines.

No cap has been applied to the amount the Government could have to pay if there is a successful claim against the companies in four of the five contracts agreed so far, the NAO said.

The Pfzier vaccine is already being rolled out by the NHS after it was approved by the regulator.

Gareth Davies, the head of the NAO, said: “Developing and securing an effective vaccine is central to reducing the impact of Covid-19 on society and saving lives.

“Government has worked quickly and effectively to secure access to potential vaccines, using the available information to make big decisions in an inherently uncertain environment.

“With one vaccine now approved for use and its rollout started, significant challenges remain. Efficient delivery to the UK population presents complex logistical challenges and requires excellent communication with the public.”

Labour MP Meg Hillier, who chairs the Commons Public Accounts Committee, said the Government was right to have backed a “number of horses” but that the accountability arrangements were “highly unusual”.

She said: “Scientists and the regulator have done phenomenal work, achieving a breakthrough that would normally take at least a decade in less than a year.

“It was clearly right to back a number of horses – nobody could have known which vaccines would work, or when they might be approved. But the accountability arrangements were highly unusual – even though huge sums of money are involved.

“The organisations who know how to carry out mass vaccination campaigns didn’t always have a seat at the table when decisions were taken.

“The logistical challenges of vaccinating tens of millions of people – on top of the other pressures on the NHS – can’t be underestimated. We aren’t over the finish line yet, and the vaccination programme must not fall at the last hurdle.”

A spokesperson for the Department for Business, Energy and Industrial Strategy (BEIS) said: “As the report rightly notes, we have worked at a pace and scale never been done before to ensure the British public receive a vaccine that meets strict safety standards as quickly as possible.

“The UK was the first country in the world to procure and authorise the Pfizer/BioNTech vaccine, and to begin a vaccination programme last week. Thanks to the work of our Vaccine Taskforce, the UK is now in an exceptionally strong position with a diverse portfolio of 357 million doses of some of the world’s most promising vaccine candidates.

“To ensure our country is in the best position to make any Covid-19 vaccine available as quickly as possible and respond to future pandemics, we have worked to build an entire domestic vaccine manufacturing base from scratch by investing in state-of-the-art facilities across the country.”