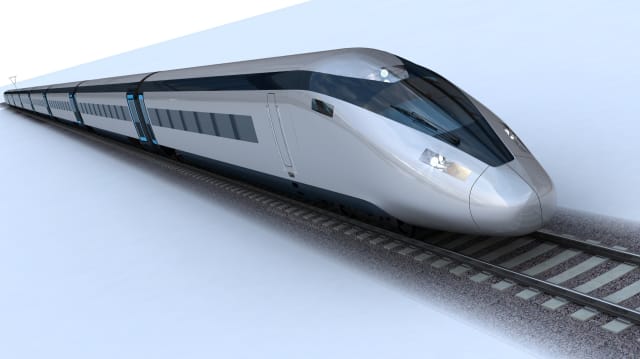 Regional rail links should be prioritised over HS2, according to Government advisers.

The National Infrastructure Commission (NIC) has recommended that investment should be focused on boosting mainline services across the North and the Midlands rather than the eastern leg of the high-speed railway to Leeds.

Its Rail Needs Assessment stated it would be “potentially cheaper and faster” to deliver improvements to regional journeys through a combination of new lines and upgrades, rather than Phase 2b of HS2.

Sir John Armitt, who chairs the NIC, said: “Major rail schemes will be an important component in levelling up the country’s economic geography, but we should ensure public money is carefully spent where it can make the most difference.

“The number and scale of rail schemes currently being proposed for the North and Midlands mean that some form of prioritisation will be necessary, and we think there are ways of bringing forward benefits for communities and businesses while keeping options open for additional investments, if the circumstances are right.

“Our independent analysis offers Government various ways of targeting spending depending on the precise economic and social outcomes it wants to achieve.”

She said: “Sacrificing parts of the high-speed network now would short change millions of people across the Midlands and undermine our efforts to deliver a transport network fit for the 21st century.

“HS2 must be delivered in its entirety, including its eastern leg from Birmingham to Leeds, alongside Midlands Engine Rail.

“To stall, scale down or delay now will cause irreparable economic damage to communities across the region.”

Ms Machancoses added: “It’s important that Government follows the evidence and advice of its industry experts and rejects calls to alter HS2’s route or remit.”

Labour’s shadow transport secretary Jim McMahon commented: “If the Government is serious about improving British infrastructure, supporting jobs and improving connectivity in the North, it cannot now row back from building HS2 in its entirety.

“Recent cuts to Network Rail and failures to deliver pledged investment in the North and Midlands show the Government is not keeping its promises.”