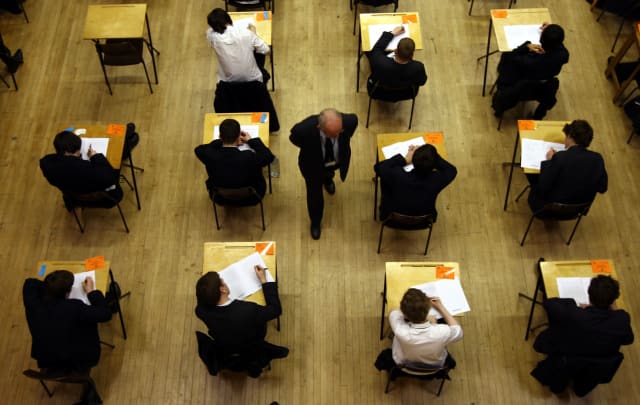 Ofqual chair Roger Taylor will step down from his role at the end of the year after a “very difficult summer”.

He will be replaced by Ian Bauckham, who has been appointed as interim chair at England’s exams regulator from January.

Mr Taylor said: “After what has been a very difficult summer, I am leaving the organisation in good shape and in good hands.

“We have put in place measures for young people sitting exams in 2021 which represent the best approach to these difficult times.”

His decision comes after the fiasco around grading of GCSE and A-level students in England this summer, when end-of-year exams were cancelled amid the coronavirus pandemic and school closures.

Thousands of A-level students had their results downgraded from school estimates by a controversial algorithm, before Ofqual announced a U-turn, allowing them to use teachers’ predictions.

In August, Ofqual’s chief regulator Sally Collier quit in the wake of the U-turn, but Mr Taylor stayed on.

During an Education Select Committee hearing in September, Mr Taylor said the Government was warned that cancelling exams and opting for calculated grades amid Covid-19 would be the “worst-case scenario”.

He told MPs that it was a “fundamental mistake” to believe Ofqual’s algorithm for awarding grades “would ever be acceptable to the public”.

Mr Taylor was first a member of the Ofqual board in 2012 before becoming chair in December 2016.

Education Secretary Gavin Williamson said: “Following Roger Taylor’s decision to step down as Ofqual chair at the end of the year, I’d like to thank him for his contribution over the last eight years.

“Throughout this time, he has shown absolute commitment to ensuring qualifications are of the highest possible standard, while recognising the role they play in opening doors for both young people and adults.

“I am delighted that Ian Bauckham, who is already a member of the board, has agreed to act as interim chair until a substantive chair can be appointed.

“This will help see a smooth transition for work on exams and assessments in 2021 and beyond.”

Mr Bauckham, chief executive of Tenax Schools Trust and an Ofqual board member since March 2018, said: “I was pleased to accept the role of interim chair of Ofqual and very much look forward to the year ahead as we continue our work to oversee examinations and qualifications across England.”