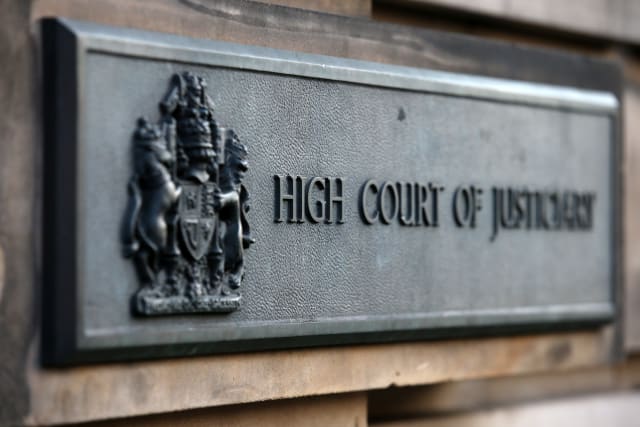 A man has been found guilty under the Terrorism Act of possessing weapons including a crossbow and machete.

Gabrielle Friel, 22, was found guilty of possessing the weapons at various locations in Edinburgh last summer including his home, a social work centre and a hospital in circumstances giving rise to the reasonable suspicion that possessing them was for a purpose connected with terrorism.

A second charge that he prepared for terrorist acts by researching spree killings, particularly those connected with incels – people who are involuntarily celibate – was found not proven, following a five-day trial at the High Court in Edinburgh.

As part of this charge, Friel was accused of having “expressed affinity with and sympathy for one incel-motivated mass murderer” and to have expressed “a desire to carry out a spree killing mass murder”.

The weapons he was found guilty of possessing between June 1 and August 16 last year are a crossbow, scope, crossbow arrows, a machete as well as a ballistic vest.

Judge Lord Beckett told him: “You have been found guilty of charge one, which is a very serious charge.

“Before dealing with you I can’t proceed without calling for a criminal justice social work report.”

He deferred sentencing until January 12 but told members of the jury it was likely to be “substantial prison sentence” and thanked them for their efforts.

Friel denied both charges and gave evidence in his own defence during the trial.

The court was told he amassed weapons last summer as he wanted to commit “suicide by cop” to help end his violent thoughts.

Friel said mass shooting was a “fantasy” for him and he “felt for” incel mass murderer Elliot Rodger, but denied being an incel and described killers as “evil”.

The 2014 Isla Vista killer Rodger – who murdered six people and injured 14 others – has been described as a trigger moment for the misogynistic subculture, which often involves ideas of violence towards women due to a lack of sexual activity.

Friel claimed he also wanted to commit “suicide by cop” when he stabbed a police officer at Edinburgh College’s Granton campus in November 2017.

The court heard Friel was sentenced to 300 hours of community service after pleading guilty at a hearing in June 2018 to the stabbing, which endangered the officer’s life.