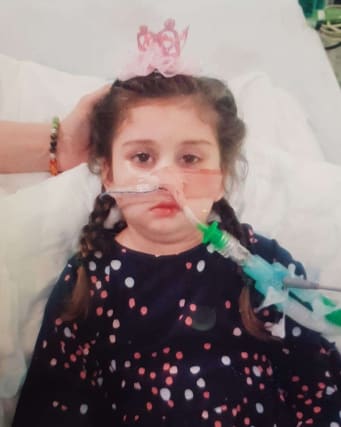 A High Court judge asked to decide whether a brain-damaged five-year-old girl who is in a vegetative state should be allowed to die has visited the youngster in hospital.

Hospital bosses have asked Mr Justice Poole to rule that ending treatment, and allowing Pippa to die, would be lawful and in the girl’s best interests.

She has told the judge that she believes in “God’s law”, and “God’s law” was to preserve life.

The judge has been told that Pippa’s father is dead.

Mr Justice Poole is considering evidence at a public hearing in the Family Division of the High Court in London.

He told the hearing on Tuesday that he had been to visit Pippa in hospital late on Monday.

Ms Parfitt wants doctors to allow Pippa to be treated at home.

She says Pippa should be given a tracheostomy and attached to a portable ventilator.

Doctors treating her say such moves would not be in Pippa’s best interests.

The judge has been told how Pippa had been diagnosed with “acute necrotising encephalopathy” and had brain damage.

He heard that she had become ill when 20 months old.

Lawyers told him that she had been in and out of hospital ever since then, and had been in the Evelina since January 2019.

A barrister representing the NHS trust which runs the hospital told the judge that the case was tragic.

But Michael Mylonas QC said there was no hope that Pippa would improve.

He said the decision to bring the application was made “only after the most anxious consideration”.