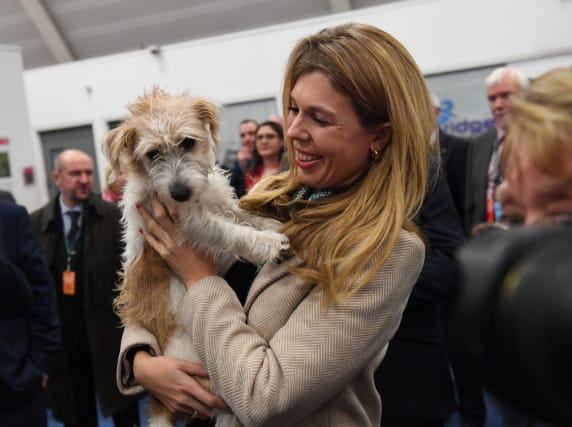 Boris Johnson’s fiancee Carrie Symonds has been named “person of the year” by a leading animal rights group.

People for the Ethical Treatment of Animals (Peta) gave its award to Ms Symonds, describing her as “a fearless force for good” in terms of animal welfare.

Ms Symonds has been an outspoken campaigner on animal rights and the fight against plastic pollution, and this year successfully pushed for supermarkets to stop selling Thai coconut products procured with monkey “slave labour”.

“Carrie Symonds is a fearless force for good when it comes to making the world a kinder place for animals,” Peta’s managing director Ingrid Newkirk was quoted as saying in The Daily Telegraph.

“Peta is delighted to honour her for using her platform to encourage people to spare a thought for our fellow animals whom we share this planet with.”

Ms Symonds has also campaigned against trophy hunting, the killing of puffins in Iceland, and is a patron of the Conservative Animal Welfare Association.