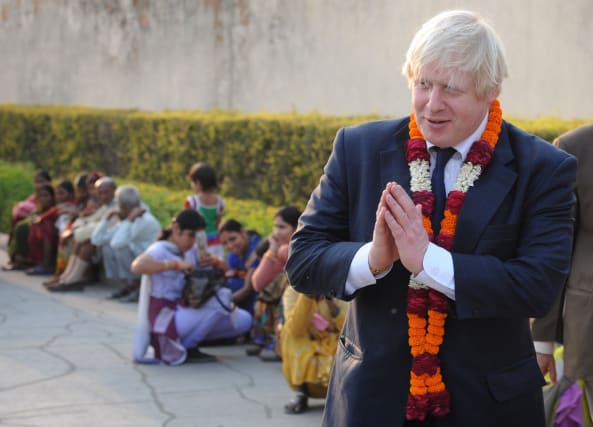 Boris Johnson will visit India in January in an effort to boost trade and promote his “Global Britain” agenda.

The visit will come shortly after the UK leaves the European Union’s single market and customs union and is a sign that the Prime Minister intends to focus on building links in the Indo-Pacific region.

Mr Johnson will also invite India to attend the G7 summit hosted by the UK in 2021 as a guest nation, along with South Korea and Australia.

During the visit, the Prime Minister will be only the second British leader since Indian independence to attend the country’s annual Republic Day parade in New Delhi as guest of honour, after Sir John Major in 1993.

The Prime Minister was invited to India by counterpart Narendra Modi.

The Prime Minister said: “I am absolutely delighted to be visiting India next year at the start of an exciting year for Global Britain, and look forward to delivering the quantum leap in our bilateral relationship that Prime Minister Modi and I have pledged to achieve.

“As a key player in the Indo-Pacific region, India is an increasingly indispensable partner for the United Kingdom as we work to boost jobs and growth, confront shared threats to our security and protect our planet.”

It will be the first major bilateral visit of the Johnson premiership, a period which has seen travel curtailed by the coronavirus pandemic.