Biden and Brexit hopes give traders a solid day 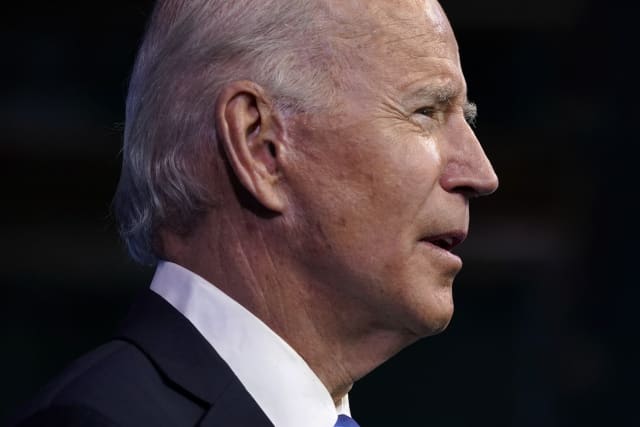 Traders remained optimistic that a trade deal between the UK and EU could be signed ahead of the new deadline set for December 31.

But London’s blue-chip market was unable to cope with the stronger pound, as internationally focused businesses that tend to work in dollars dragged the index down.

There was also optimism as the US moved closer to granting approval for the Moderna Covid-19 vaccine and excitement as the US Electoral College ratified Joe Biden’s presidential election victory.

Connor Campbell, financial analyst at Spreadex, said: “Though reports state that Boris Johnson has told his top ministers that the ‘most likely’ outcome of talks is a no-deal Brexit, it is the view of many analysts, including those at Deutsche Bank, that a resolution could well appear by the end of the week.”

In company news, shareholders were pleased at JD Sports’ announcement it had bought US trainer retailer Shoe Palace for 325 million dollars (£243.8 million).

They had shown their displeasure at JD eyeing up Debenhams with shares plunging following revelations the company was looking at the defunct department store. Shares in JD Sports closed up 24p, or 3%, at 814.6p.

Barclays was handed a £26 million fine by the Financial Conduct Authority (FCA) after its poor treatment of some consumer credit customers who fell into arrears or experienced financial difficulties risked making their problems worse.

Shares closed up 2.34p at 144.7p, with investors preferring to focus on hopes of a Brexit deal being signed – continuing a surge for all British banks so far this week.

Online estate agent Purplebricks enjoyed a boost in fees as more homeowners took advantage of the stamp duty holiday introduced at the height of the pandemic.

An upgrade in expected adjusted earnings pleased shareholders, as shares closed up 13.4p at 89p.

And generator business Drax sold four of its UK gas power stations in a £193.3 million deal as it seeks to focus on its biomass operations. The sale saw shares close up 8.8p at 339p.