600,000 more households ‘tipped into the red on energy bills since February’ 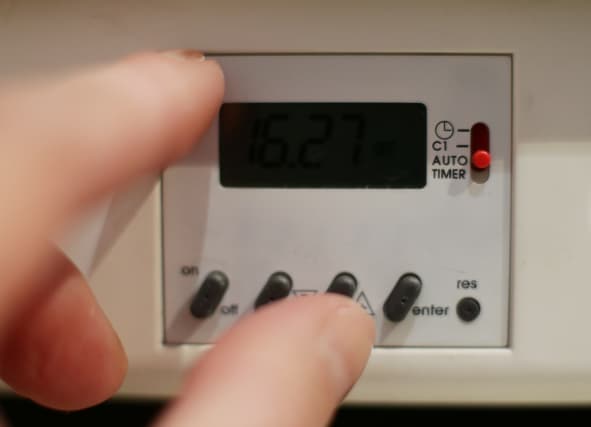 Around 600,000 more households are behind on their energy bills than was the case before the coronavirus crisis struck, according to Citizens Advice.

The charity calculated that 2.1 million households across the UK are in arrears – 600,000 more than in February.

It said the size of debts is significant, with the average amount owed by those who have not come to a repayment arrangement with their supplier estimated at £760 for electricity and £605 for gas.

However, Citizens Advice also found that support put in place by suppliers to help customers is generally working well for those who have accessed it.

Nearly six in 10 (59%) of people in financial difficulty who spoke to their supplier said the support options they were offered were helpful, while 16% disagreed.

The charity is urging suppliers to maintain customer service standards as well as continue to provide support across the winter.

It said some people are struggling to contact their supplier, call waiting times are increasing, and some suppliers’ phone numbers are difficult to find. These barriers may prevent people who are in financial difficulty from accessing the support available, it said.

Alistair Cromwell, acting chief executive of Citizens Advice, said: “The Government and the energy industry have put in place significant measures to support people’s incomes and help those struggling with their bills. This has made a real difference to many, but this effort will be undermined if people can’t get through to their suppliers and access that support in the first place.

“We’re heading into the coldest months of the year and the full financial impacts of the pandemic are still to be felt. Maintaining high customer service standards is more critical than ever in order to make sure energy customers who get into difficulty can access the support they need.”

Earlier this week, plans to tackle the “loyalty penalty” paid by consumers on their energy bills and support them to make their homes more energy-efficient were outlined by the Government, which said that affordability will be at the heart of plans to clean up the country’s energy system.

The issue of longstanding customers paying more than new ones will be focused on as part of the Government’s plans.

A spokeswoman for the Department for Business, Energy and Industrial Strategy (BEIS) said: “The Government has made it a priority to protect the fuel poor and most vulnerable energy customers, ensuring all consumers get a fair deal and we are pleased to see this work recognised by Citizens Advice.

“Just this week we set out plans to unleash a wave of competition in a bid to crack down on rip-off tariffs and the punishment of longstanding customers, as well as an extension of the Warm Homes Discount Scheme to support an extra 750,000 households.

“Under this Government it will be even easier for people to switch to cheaper tariffs, get help with payments and together with Green Homes Grants for measures such as insulation, will help drive down bills.”

Peter Earl, head of energy at comparethemarket.com, said: “It is extremely rare for people to have their energy supply cut because they have fallen into arrears on payment, which should reassure energy customers concerned that this could happen during one of the coldest months of the year and less than two weeks before Christmas Day.

“Nonetheless, falling into arrears on bill payments can be daunting for households that are struggling financially, so it is encouraging that many people finding themselves in this situation are praising the support they received from their supplier. Our own research indicates that 29% of all households are probably not in a financial position to be able to meet the cost of higher energy bills this winter.

“People on a standard variable tariff or on a prepayment meter tend to pay more for their energy than those on a fixed-term tariff or regular credit meter.

“Disproportionately, customers likely to be overpaying are those on lower incomes and the elderly.”

A spokeswoman for Ofgem said: “We know that many people face a tough winter this year, especially those in financial hardship. We have strong protections in place for consumers, requiring suppliers to treat their customers fairly, especially the vulnerable.”

She said protections for consumers have been strengthened by making it a licence requirement for suppliers to put customers in debt on a realistic and appropriate repayment plan based on their ability to pay.

Suppliers must also offer emergency credit to customers struggling to top up their prepayment meter.

The spokeswoman added: “We expect customers to be able to easily contact their supplier across a range of channels and we do not expect to see suppliers offering poor service or only dealing with emergency situations.

“We closely monitor and engage with energy suppliers and will take appropriate action over poor customer service where needed.”