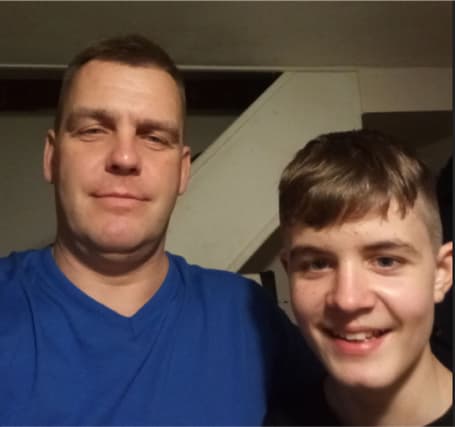 A 14-year-old youth accused of murdering a 12-year-old boy is set to stand trial next year.

Roberts Buncis was found dead on ground off Alcorn Green in Fishtoft, near Boston, on Saturday, just two days before his 13th birthday.

A recent photograph showing a smiling Roberts with his father was released through Lincolnshire Police, along with a request for privacy for the family.

The youth accused of the boy's murder appeared before the Recorder of Lincoln, Judge John Pini QC, in a five-minute hearing on Monday.

Wearing a grey sweater and with what appeared to be a bandage on his right hand, the teenager, who cannot be named for legal reasons, spoke only to confirm his name and that he understood proceedings, before being remanded in custody.

Judge Pini set a pre-trial hearing date for January 11, and a trial for June 21.

In a statement issued before the court hearing, Lincolnshire Police said: "Following formal identification, on the day that should have been his 13th birthday, we are now in a position to name the boy who lost his life in this tragic incident as 12-year-old Roberts Buncis.

"A 14-year-old boy has been charged with his murder. He has been remanded and will appear at court this morning."

Speaking at the weekend, Detective Superintendent Martyn Parker said: "This is a devastating incident in which a young boy has lost his life.

"The impact will no doubt be felt greatly in the community and beyond.

"This type of incident is not what we would expect to see within our communities. We are working with those affected to keep them informed and offer our support.

"I want to reassure the public that we will do all in our power to meticulously investigate the circumstances of this young boy's death and we would urge anyone who has any information that could support this investigation to get in touch."

Police were called to Alcorn Green in Fishtoft at 10.22am on Saturday, where Roberts' body was found in a common area at the rear of the street.

A JustGiving page set up to help Roberts' family met its £10,000 target within 12 hours of going online.

A message from the page's organiser, Agnes Emsina, read: "As many of us are now aware, Roberts Buncis life was tragically taken from his family and friends on Saturday 12th December, he was 12 years old.

"Roberts comes from a single parent family, just Roberts and his Dad Edgars and therefore we would like to help with costs for the funeral and also to make this time easier for his family.

"Anything that can be donated would be hugely appreciated, even if it is only a few pounds. Thank you and god bless you all."