Sturgeon to outline changes to coronavirus restrictions in Scotland 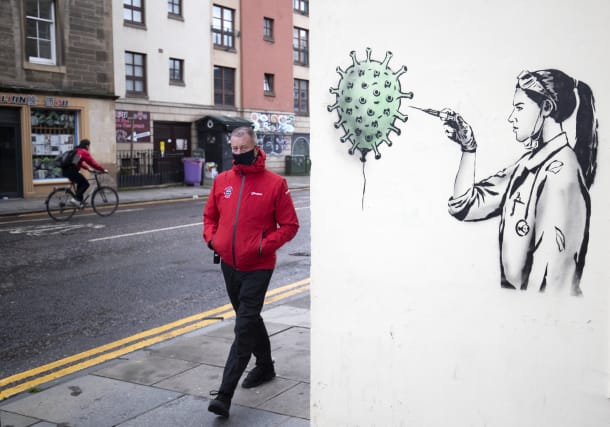 The results of the final review of Scotland’s coronavirus restrictions before the new year will be announced by the First Minister on Tuesday.

Nicola Sturgeon will tell the Scottish Parliament which of the Government’s five levels each local authority area will be placed in.

The majority of the Scottish population are currently in the second highest tier – Level 3 – which prevents alcohol being served in hospitality and requires all leisure and entertainment premises to close.

Seven areas are in Level 1 – including Scottish Borders and Highland – with the rest in Level 2.

Ms Surgeon previously said this week’s review was likely to be the last until January 5.

She told MSPs on December 8 that she was “reluctant to give 100% certainty” as “the virus is not going to take Christmas off”.

But she added: “Subject to that caveat, in relation to the levels that we announce as part of the decisions that we take a week today on 15 December, we would seek to maintain those levels over the Christmas and new year period, along with the temporary relaxation that we announced a couple of weeks ago for the Christmas period from 23 to 27 December.

“What we announce next week, barring any of the unforeseen developments that I spoke about earlier, will continue until the first cabinet meeting of 2021, on 5 January, when we will have another review.

“I hope that we will have that period of stability from 15 December through to 5 January but, of course, we have to be prepared to act should the picture show that that is necessary.”

Last week, hospitality businesses brought a judicial review over the decision to keep Edinburgh in Level 3.

At a remote hearing on Friday, Lord Ericht refused the motion for interim suspension.

Speaking at the daily Covid-19 briefing on Monday, Ms Sturgeon said the court’s judgment was that the Government’s decision making was “rational”.

“The decisions on Edinburgh are tough and unpopular, I don’t shy away from that,” she added.

“If I look at the data since last Tuesday, then I have to conclude that the decision we took last Tuesday not to take Edinburgh down a level was actually the right one.

“The most recent data says that in the seven-day period cases in Edinburgh increased by 33%. The test positivity is now almost at 5% again.”

She said easing restrictions when cases are increasing would be like “pouring petrol on smouldering embers”.

Pressed if Edinburgh would move down a level in Tuesday’s review she said “people can draw their own conclusions” from the data.

She said the Scottish Government would be looking “very carefully” at Aberdeen and Aberdeenshire, both of which are in Level 2.