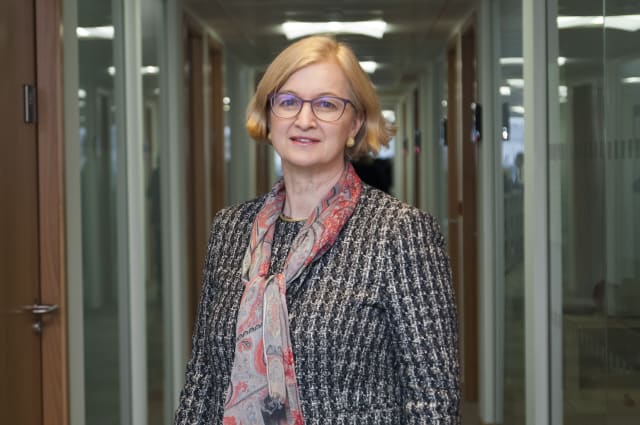 Repeated periods of isolation due to coronavirus have “chipped away” at the progress that pupils have been able to make since returning to school in September, Ofsted has warned.

A series of reports from the watchdog suggest that Covid-19 related absences have led to pupils losing more learning, with many children thought to be at least six months behind.

In just over half of the schools visited, pupils in bubbles were sent home to self-isolate at some point during the term, with more children sent home in secondary schools than primary schools.

In one school, inspectors were told that 588 pupils out of 620 – almost 95% – had had at least one Covid-19-related absence. On average, the absence was around nine and a half days per pupil.

Meanwhile, in another school, every year group had been affected in some way, with sometimes whole year groups being sent home.

A few school leaders said that a significant proportion of their pupils had had to self-isolate on two or three separate occasions.

The Ofsted report into the impact of the pandemic is based on nearly 2,000 visits to education and social care providers across England during the autumn term.

Inspectors found that pupils who were isolating individually for a fortnight at a time often had a poorer experience of remote learning than students who were sent home in bubbles.

Isolating individuals often miss out on the new content being taught to peers in class. For these children, the loss of learning they experienced in the summer is being repeated, Ofsted said.

Ofsted’s chief inspector Amanda Spielman said: “Schools are struggling to assess whether remote learning is effective or not.

“For many, the measure of success is whether or not children are engaging with the work at all, rather than whether they are developing their knowledge and understanding – a case of remote attendance, rather than remote learning.”

Inspectors also found that the number of children being home schooled has risen again. Almost three-fifths of schools told inspectors that they had at least one pupil whose parents had removed them from school to be home educated since the start of the autumn term.

School leaders said that some parents have told them that they only want to home educate temporarily and that their children would return once “the pandemic is over”.

On the findings, Ms Spielman said: “This is a worrying trend; in many cases, homeschooling will not be able to provide the level of education that a child will receive at school.”

Inspectors also found that children with special educational needs and disabilities (SEND) often struggled with the restrictions placed upon them, with many not attending school full-time.

Remote education was a challenge for some of these children, particularly if their parents were unable to support them.

Ms Spielman added: “The task of establishing what pupils are learning through the term has been a tougher challenge for schools. It’s clear that wide variations in Covid-driven absences have led to very inconsistent experiences for pupils.

“Those lucky enough not to have many cases of Covid at their school might have avoided being sent home as part of a bubble – or having to self-isolate after a contact outside school.

“But for a significant number of pupils, Covid isolation has chipped away at the progress they have been able to make since September.”

Nansi Ellis, assistant general secretary of the National Education Union (NEU), said: “We know that repeated periods of isolation will be harmful to students in general, but particularly for those with SEND, and that the lack of access to external support services, such as speech and language therapies and delays to assessment processes and EHC plans, is having a harmful effect on young people.

“This again is not the fault of schools, but of a Government which is consistently underfunding SEND support. Ensuring every child gets the education they deserve and need cannot be done on the cheap.”

“Unfortunately, we do not think they have been well-supported by the Government. During this term, schools and colleges have experienced significant problems in accessing Covid tests, difficulties in obtaining timely public health advice, insufficient support for financial costs associated with Covid, and a shortfall in laptops.”

A Department for Education spokeswoman said: “Schools and colleges have gone above and beyond to make high-quality remote education available for those times when self-isolation is unavoidable and we remain on course to deliver, by Christmas, half a million devices to schools and councils.

“We have also allocated £1 billion to schools to support all children to catch up and are offering high-quality tuition – proven to help catch up on three to five months’ lost learning – to those who need it most through the National Tutoring Programme.”