Man killed and two others injured following stabbing in Harrow 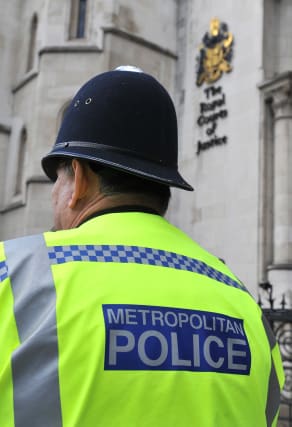 A man has been killed and two others injured following a stabbing in Harrow on Sunday evening.

A murder investigation has been launched after the man, believed to be in his 20s, was pronounced dead at the scene on St Anns Road, Harrow.

Two other men, both said to be in their late teens, have also suffered stab injuries.

They are in hospital receiving treatment, but their condition is not currently known, the Metropolitan Police said.

Police officers and the London Ambulance Service were called at around 7.15pm and a crime scene cordon was put in place in and around the St Anns Road and Station Road area.

A section 60 order has been placed over the entire borough of Harrow, which gives police greater powers to stop and search people.

This expires at 10.49pm on Monday night.

Anyone with information that could assist police at this early stage is asked to call 101 or tweet @MetCC and quote CAD6149/13Dec.

Or people can contact independent charity Crimestoppers anonymously on 0800 555 111.