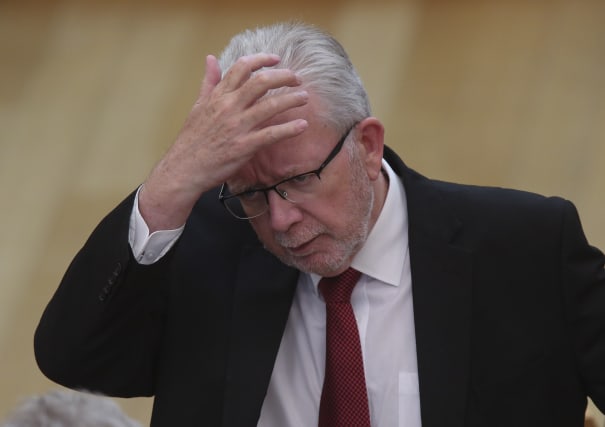 It is hard to imagine a Brexit deal which would be “sufficient for Scotland”, the country’s Constitution Secretary has said.

Mike Russell said a deal would be better than the “complete disruption” of no deal but described Brexit as “utter folly”.

His comments came after Labour suggested it may be minded to support an agreement.

Talks between the EU and UK on a post-Brexit trade deal are continuing after Prime Minister Boris Johnson and Europe’s top official, Ursula von der Leyen, agreed to “go the extra mile” and continue discussions beyond Sunday’s initial deadline.

Shadow business secretary Ed Miliband told BBC One’s Andrew Marr Show on Sunday that Labour is “minded” to vote for a deal in a sign that, should consensus be reached in Brussels, the terms of any future relationship with Britain’s largest trading partner would face little opposition in Parliament.

Mr Russell was asked on BBC Good Morning Scotland on Monday whether SNP MPs would vote for a deal if one is agreed.

He said: “There will be two things; one is what is in the deal – but I find it difficult to imagine that any deal will be one which will be sufficient for Scotland. We voted against this but we won’t make any difference to this in terms of it, unfortunately.

“What we should be doing is saying this is utter folly even at this moment, look at this and imagine what a huge mistake you are making, which actually we now know is the view supported by the majority of people throughout the UK.”

Asked whether the way forward is to let SNP MPs decide to vote for it but to make clear that they are not happy with it, he said: “Why on Earth would we vote for the first time ever for a Brexit solution which is utterly the wrong thing for Scotland?

“The real alternative is to say stop this folly, and if Boris Johnson were to give that choice I can guarantee what we would vote for.”

The Brexit transition period expires on December 31, at which point the UK will leave the bloc’s single market and customs union.

Mr Johnson has warned that a no-deal outcome is still the most likely scenario.

He said the country should get ready for the breakdown of talks, resulting in tariffs under World Trade Organisation (WTO) terms from January 1 – a move that is predicted to cost jobs, cause food prices to rise and wipe £45 billion off the economy next year.