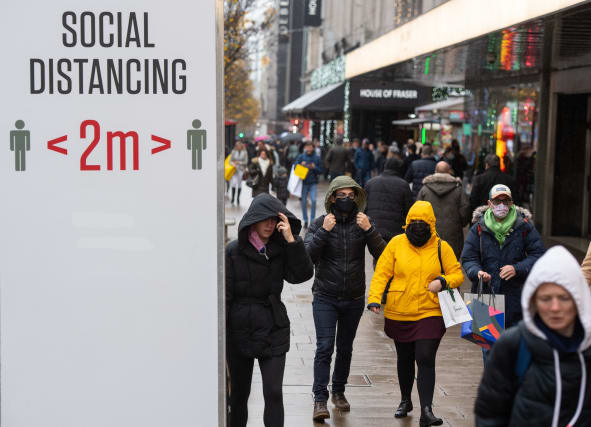 Shoppers returned to cities and shopping centres in large numbers as customers felt more confident heading out to stores, according to new research.

Researchers added that retail parks are also attracting shoppers, with footfall at those destinations now just 8.6% lower than last year – primarily helped by large supermarkets, which have remained open throughout the various national lockdowns.

“The uplift was smaller than in the first week, but it was still significantly greater than in the second week following the reopening of retail in June, indicating the desire of shoppers to visit brick and mortar stores in the run-up to Christmas.”

Footfall rose in all periods across the entire day, although during daytime trading hours the increase was nearly a quarter greater than post-6pm – up 20.4% between 9am and 6pm compared with 16.9% from 6pm to midnight.

Smaller market towns also enjoyed a 20.9% boost in footfall, although this was lower than regional cities, up 29.7% between Sunday December 6 and Saturday December 12.

In retail parks footfall was up 9%; however, in shopping parks – those dominated by high street retailers – footfall rose by 15.5%, Springboard added.

The same week a year ago, footfall fell across many key shopping destinations because it followed Black Friday, when many retailers held big sale events, leading to a cooling off period.

But due to stores being closed for so long during England’s second national lockdown, shoppers remain determined to head to brick and mortar stores in the run-up to Christmas.

However, overall numbers remain down on a year ago due to the pandemic and the impact of social distancing measures.

Springboard said that, over the past two weeks, footfall was 29.9% lower than in 2019 across all destinations, and in high street and shopping centres it was off by 38.1% and 33.2% respectively.