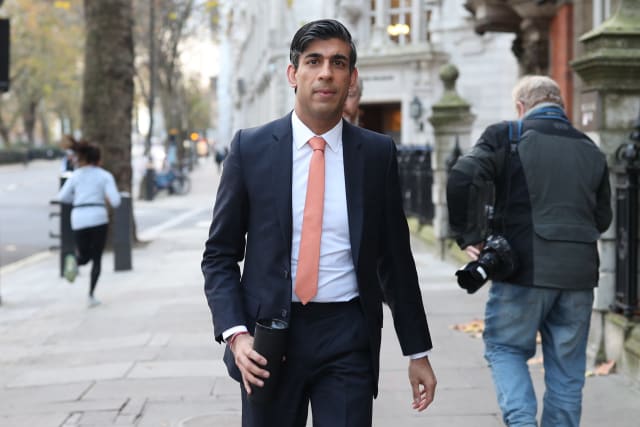 Levels of fraud from taxpayer-backed Covid-19 loan schemes are around five times higher than typical figures, according to senior UK bankers.

Bosses at Lloyds and Santander told MPs on the Treasury Select Committee that around 1% of bounce back loans have been taken out fraudulently.

David Oldfield, chief executive of Lloyds Commercial Banking, said his bank has seen 3% of applications rejected, with 2% of those approved later turning out to be fraudulent. Around two-thirds have subsequently been frozen.

He said: “That’s still a large number but as a percentage that’s about five times higher than we would normally see.

“We take fraud very seriously. I think we would all recognise that the design of that scheme was a trade-off versus the checks that we would be doing. We do screen every application.”

The Government introduced the bounce back loan scheme at the height of the pandemic, covering 100% of the loans and urging banks to ensure lending could be made quickly – relaxing checks on each business making claims.

Susan Allen, chief executive of retail and business banking at Santander UK, said that of the 150,000 bounce back loans taken out, “about 1%” were fraudulent.

Amanda Murphy, head of commercial banking at HSBC, said: “We’ve seen criminals this year repurpose their infrastructure and amend how they interact with us looking to exploit the fears of what comes with pandemics, particularly around the supply of PPE. We’ve captured some fraud in that area.”

She said high levels of requests for loans had prompted the bank to completely overhaul its operations, handing out £14 billion and offering 250,000 capital repayment holidays on loans and mortgages.

However, all said it was “too early to say” how high it could be.

They called on the Government to be more engaged with the banking sector to ensure any rule changes are given in advance so customers are not given conflicting advice.

Ms Boden said: “I think that we have to start thinking about what happens when this scheme finishes. We really need written notice.

“When it came to extending some of the holiday schemes, we heard the night before. We’d sent all the information out to customers and we had to change everything.”

Mr Oldfield added: “There is no doubting in my mind that small firms will need to continue with support beyond January 31 and it’s not yet precisely clear what that will look like.

“Secondly, we need a very clear and consistent set of Government and industry processes for those who will be struggling in the months and years ahead so we do this in a joined-up and fair way.”

Mr Thwaite said: “I would encourage the Government to stay flexible. We definitely need solutions for the public and private sector around the levels of corporate indebtedness.”

So far £42.2 billion of bounce back loans have been provided to businesses.

An extra £1.6 billion has been lent in Coronavirus Business Interruption loans (CBILS), and about £270 million in CLBILS, which is for larger companies.