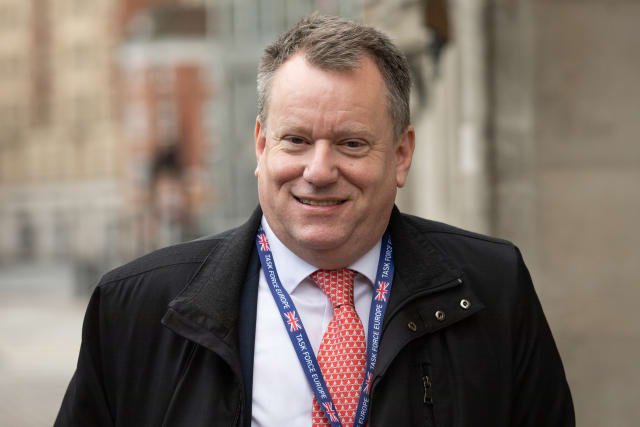 David Frost is a former career diplomat who was hand-picked by Boris Johnson to lead Britain’s negotiations with Brussels as the country navigates its final break with the European Union.

Unlike his EU counterpart, Michel Barnier, Lord Frost is a determinedly low-key figure who largely shuns the cameras and rarely speaks in public.

He is, however, a Brexit true believer whom the Prime Minister believes has the steely negotiating skills needed to deliver a deal.

Born in Derby in 1965 and educated at Nottingham High School, he went on to study French and history at Oxford, where he gained a first.

After university he entered the Foreign Office, where he was fast-tracked for promotion, including an early posting to Brussels in 1993.

It was there, apparently, that the seeds of his Euroscepticism were sown as he became disenchanted with the growing European “super state” – although he kept his views well hidden from colleagues.

The young diplomat’s posting also coincided with Mr Johnson’s time as a journalist in the Belgian capital, where he made his name with articles panning the European bureaucracy – although it is not recorded whether the two men knew each other.

Mr Frost’s rise through the Foreign Office culminated in his appointment at the age of 41 as the UK ambassador to Copenhagen, followed by a secondment to the Department for Business, Innovation and Skills as Britain’s most senior trade policy official.

His seemingly smooth career trajectory however took an unexpected turn in 2013 when he left the Diplomatic Service after more than 25 years to become chief executive of the Scotch Whisky Association.

His views on the EU were becoming more overt as he became a member of the advisory council of the Eurosceptic think tank Open Europe.

When Mr Johnson was appointed foreign secretary by Theresa May in the wake of the 2016 Brexit referendum, he brought in Mr Frost as his political special adviser.

Three years later, when Mr Johnson succeeded Mrs May as Prime Minister – having done much to make her position in No 10 untenable – he again turned to Mr Frost, making him his chief adviser and negotiator on Europe.

In a further sign of his confidence in him, in June 2020 Mr Johnson announced he would become National Security Adviser when Sir Mark Sedwill stepped down in September – although he has yet to take up his duties while talks with Brussels continue. He was also made a life peer.

An ally of Mr Johnson’s controversial former chief adviser Dominic Cummings, he nevertheless did not follow him out of No 10 when he dramatically departed last month in an internal power struggle.