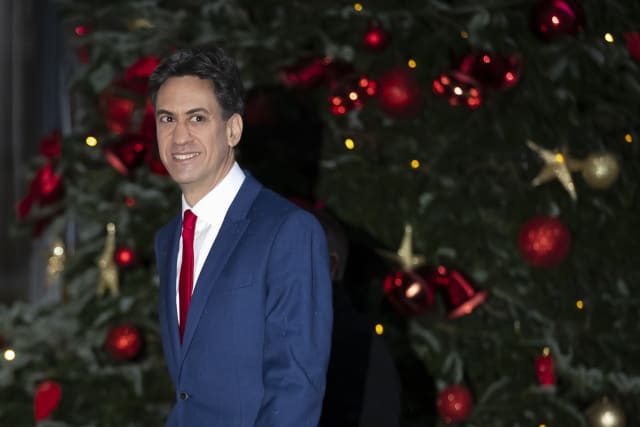 Boris Johnson is playing Russian roulette with people’s jobs and livelihoods by threatening a no-deal Brexit, a Labour minister has said.

Shadow business secretary Ed Miliband warned that leaving the EU without a free trade agreement would be “a disastrous outcome” and accused the Prime Minister of being “cavalier” with the country’s national interests.

It came as Mr Miliband confirmed that his party would be “minded to support” any potential trade agreement negotiated between the UK and the EU, although they would want to “look at the detail” before doing so.

Speaking on the BBC’s Andrew Marr Show, Mr Miliband said: “I say no-deal is a disastrous outcome for the country, it is not a wonderful outcome and it is a disgrace, frankly, that Boris Johnson said it.”

Asked if Labour would vote for a deal if it were achieved, the shadow business secretary said his party will “look at the detail”.

Mr Miliband continued: “(Boris Johnson) has been cavalier. This is a man who is cavalier with our national interest and, frankly, Andrew, he is playing Russian roulette with the jobs and livelihoods of people up and down the country.

“How dare he say it’ll be a wonderful outcome when we know the impact (of a no-deal) on our farmers?”

He added: “I think it is ideological, Andrew, this; I think people have to understand this. This is about the vision of the country we have in the future.

“It is about the vision of Britain, this, it is in the end about what vision you have of the country and I say we don’t deregulate our way to economic success.”

Meanwhile, Mr Reed told Sky News’ Sophy Ridge On Sunday: “The last thing we need is no-deal in these circumstances.

“It is one year and one day exactly since Boris Johnson won an 80-seat majority in the House of Commons, promising to get Brexit done with an oven-ready Brexit deal that he had ready to agree with the European Union.

He added: “A no-deal Brexit would simply mean the negotiations are restarted again next month, only Britain would be in a far weaker position. So Boris Johnson needs to now do what he told the country a year ago he was ready to do, and get Brexit done.”