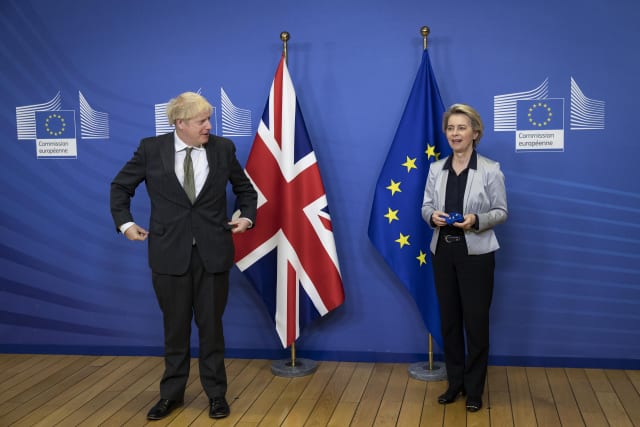 Boris Johnson suggested there was still hope of a post-Brexit trade deal with the European Union but the two sides remained “very far apart”.

Following talks between the Prime Minister and European Commission president Ursula von der Leyen, the negotiations will continue, with both leaders agreeing to “go the extra mile” in search of a deal.

Mr Johnson said the UK would not be walking away from the negotiating table and “where there is life, there is hope” but a no-deal outcome was still the most likely scenario.

He said the UK should get ready for the breakdown of talks, resulting in tariffs under World Trade Organisation (WTO) terms from January 1.

“The most likely thing now is, of course, that we have to get ready for WTO terms, Australia terms,” the Prime Minister said.

But the agreement to continue talking beyond the Sunday deadline set by Mr Johnson and Mrs von der Leyen does indicate that some compromise is possible.

Mr Johnson spoke to Mrs von der Leyen for around 20 minutes in a call described by sources as “perfectly cordial”.

The pair agreed to “keep going for as long as they still think a deal is possible”, a source said.

A joint statement issued by the two leaders said: “Our negotiating teams have been working day and night over recent days.

“And despite the exhaustion after almost a year of negotiations, despite the fact that deadlines have been missed over and over we think it is responsible at this point to go the extra mile.”