Further arrests made after 15-year-old boy stabbed to death 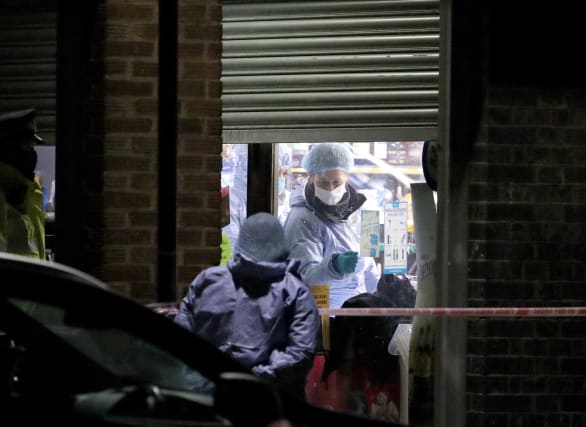 Two more people have been arrested after a 15-year-old boy was stabbed to death in east London.

The teenager, named in reports as Kayjon Lubin, was found fatally injured on Woodman Street, near the Royal Docks in Newham, shortly before 7pm on Friday.

The Metropolitan Police said they arrested two people on Sunday morning in connection with the incident – a 17-year-old boy on suspicion of murder and a 28-year-old man on suspicion of attempted murder.

A 25-year-old man arrested on Saturday on suspicion of murder was released with no further action against him, the Met said.

The boy’s next of kin have been informed of his death and inquiries into the circumstances were under way over the weekend.

Lawrence Adu said he was a friend of the boy’s uncle and had known him “all his life”.

Detective Chief Inspector Mark Wrigley, from the Met’s Specialist Crime Command, said: “These arrests are a positive step in our investigation but we are still working to establish exactly what took place on Friday night.

“There were lots of people in the area at the time and I would appeal for anyone who hasn’t yet come forward, to do so.

“The senseless killing of a 15-year-old has understandably shocked the community and I would urge them to help us bring those responsible to justice.”

Anyone with information is urged to call the Met’s Specialist Crime Command incident room on 0208 345 3715.

Alternatively, they can contact the independent charity Crimestoppers, anonymously, on 0800 555 111.