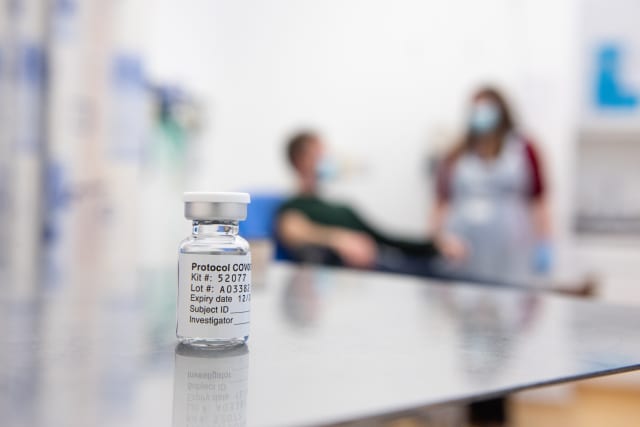 The chances of the University of Oxford’s Covid-19 vaccine being rolled out by the end of this year are “pretty high”, according to the lead researcher of the jab.

Sarah Gilbert, professor of vaccinology at the university, emphasised that multiple vaccines – made using different technologies – will be needed to tackle the pandemic.

The jab from Oxford and pharmaceutical giant AstraZeneca is yet to be approved for use in the UK, with the Medicines and Healthcare products Regulatory Agency (MHRA) still reviewing trial data.

When asked about the chances of receiving the jab by the end of the year, Prof Gilbert told the BBC’s Andrew Marr Show: “It depends on the age group you’re in and the JCVI (Joint Committee on Vaccination and Immunisation) prioritisations.

She said this was due to companies potentially encountering problems with the supply of raw materials as doses are produced, which could slow down vaccine rollout if other jabs are not available.

“So having multiple shots on goal, multiple irons in the fire, is what we really need,” she added.

AstraZeneca has joined a trial exploring whether a combination of its vaccine candidate and the Russian Sputnik V jab can offer improved protection from the virus.

Sputnik V, currently being made available to Russians in high-risk groups, was given regulatory approval by the Russian government in early August amid criticism after only being tested on several dozen people.

Prof Gilbert said there was a “possibility” that the Oxford/AstraZeneca jab could give better protection if combined with other candidates, but added there would be “much more consideration” before it is used on a larger scale.

“Well this is just going to be a small trial to start with, to look at what can be achieved by using those two vaccines together,” she told the Andrew Marr Show.

“There’ll obviously be much more consideration given to whether it should be used on a wide scale.

“So I don’t think anybody has anything to worry about.”

Data indicates the Oxford/AstraZeneca vaccine has 62% efficacy when one full dose is given followed by another full dose, but when people were given a half dose followed by a full dose at least a month later, its efficacy rose to 90%.

The combined analysis from both dosing regimes resulted in an average efficacy of 70%.

Meanwhile, the vaccine by Pfizer and BioNTech, which is currently being rolled out across the UK, has been shown in studies to be 95% effective and works in all age groups.

The UK has secured 100 million doses of the Oxford/AstraZeneca jab and 40 million of the Pfizer/BioNTech vaccine.

On concerns over the efficacy of the Oxford/AstraZeneca jab, Prof Gilbert said: “What’s important is vaccinating population, not vaccinating people and thinking about efficacy on an individual level.

“And if we don’t have enough doses of the Pfizer vaccine to vaccinate everybody, then we’ll be much worse off than being able to vaccinate large numbers of people with other vaccines.”