What were the ‘cod wars’ between the UK and Iceland? 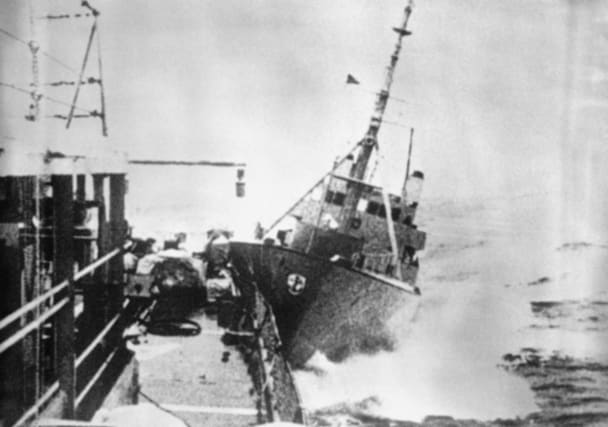 The threat to deploy Royal Navy gunboats to patrol UK fishing waters in the event of a no-deal Brexit has evoked memories of the so-called cod wars of the 1970s.

Four 80-metre armed vessels have been placed on standby to guard British waters from EU trawlers in the event that there is no new agreement on fishing rights after December 31 when transitional arrangements end.

According to the Times, ministers are set to beef up patrol powers by bringing in legislation to allow the Navy to board foreign vessels and arrest fishermen if there is no agreement, in scenes reminiscent of the disputes last seen more than 40 years ago.

– What were the cod wars?

The cod wars were fishing rights disputes which raged between the UK and Iceland from the 1950s until the 1970s.

The acrimonious and long-running feud saw violent clashes, with boats ramming into each other, the nets of trawlers cut, and the Royal Navy deployed for protection.

The series of skirmishes over around two decades effectively ended British long-distance fishing and led to a wave of trawlermen losing their livelihoods, ending the generations-old tradition of distant-water fleets based mainly in Grimsby and Hull.

Large British vessels with crews of up to 30 used to spend a month or two at a time in the seas off Iceland or Newfoundland, returning with huge catches of cod for chip shops and fishmongers’ slabs across the land.

– When did it begin?

Claims of national territorial rights in the 1950s challenged the notion that the sea was an open resource equally available to anyone to plunder for resources.

The Icelandic government had concerns of over-fishing along its coastline and declared a 12-mile limit around its waters in 1958.

However, Britain, having already banned Icelandic trawlers from landing fish in its waters, ignored the decree and continued to fish inside the zone, leading to the first cod war, according to the National Archives (NA).

Consequently Iceland’s navy hassled British trawlers, even ramming into them, leading to the deployment of the Royal Navy for protection.

After a United Nations Conference on the Law of the Sea between 1960 and 1961, Britain agreed to the 12-mile limit, the NA added.

In 1970, the then European Economic Community (EEC) drew up a Common Fisheries Policy, which allowed equal access to community waters by all community members after ten years. The British fishing industry has argued this was a raw deal.

However in 1972, Iceland declared a 50-mile limit, leading to the second of the cod wars, which saw Icelandic vessels use cable-based weapons called “cutters” to sabotage the nets of foreign trawlers.

After a more amicable period in which a smaller number of vessels were allowed in Iceland’s territory, in 1975 the situation escalated further after Iceland imposed a 200-mile limit.

This was resisted by the British, leading to the third cod war, which saw more violent clashes and rammings.

– How did the cod wars end?

By the end of 1976, the limit was accepted by the British Government, effectively ending Britain’s distant water fishing industry.

The Government subsequently had to pay out tens of millions of pounds in compensation to thousands of fishermen and their dependants who lost their livelihoods as a result.