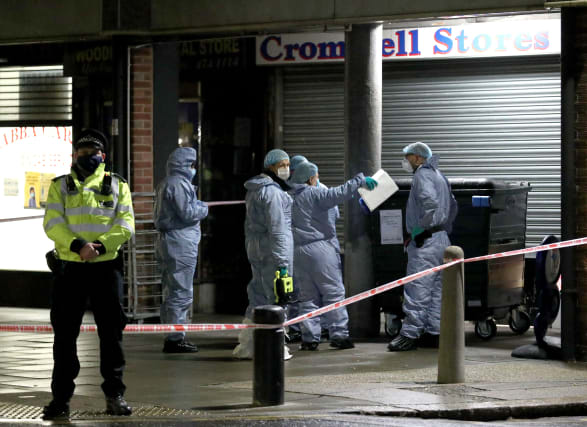 A 25-year-old man has been arrested on suspicion of murder after a teenage boy was stabbed to death in east London.

Police were called just before 7pm on Friday following reports of a stabbing in Woodman Street, near the Royal Docks in Newham.

Metropolitan Police officers and members of the London Ambulance Service attended and found the teenager – believed to be 15 – injured.

He was pronounced dead at the scene despite the efforts of the emergency services.

Police arrested a man on suspicion of murder at an address in Newham shortly before 5am on Saturday. He remains in custody.

The Met said the boy’s next of kin have been informed and inquiries into the circumstances are under way.

Lawrence Adu told the PA news agency he is a friend of the boy’s uncle and knew him “all his life”.

Detective Superintendent Paul Whiteman said: “I am shocked at this tragic loss of a young life.

“An arrest has been made but the investigation is still in its early stages. I would appeal to any members of the local community to come forward with any information which might help bring those responsible to justice.”

The investigation is being led by the Met’s Specialist Crime Command and anyone with information is urged to call the incident room on 0208 345 3715.

Elsewhere in the capital, officers were called to Whitton Road in Hounslow, west London, at around 6.15pm on Friday following reports of a stabbing.

A 17-year-old male was found with a stab wound and injuries consistent with those caused by a corrosive substance.

He was taken to a west London hospital to be treated for injuries believed to be life-threatening.

The Met said no arrests had been made and several roads in the vicinity remained closed while inquiries continued.

On Thursday, officers from the Violent Crime Taskforce recovered 30 combat knives and a lock knife as they arrested two teenagers in north London.

A 16-year-old male was seen handing boxes containing the weapons through the window of a property in Islington.

A 15-year-old was discovered inside the property with boxes containing more knives and a lock knife in his trousers.

Both were arrested for possession of an offensive weapon and remain in police custody.

Sergeant Pete Luciano, of the Violent Crime Taskforce, said: “The seizure of these 31 weapons will have undoubtedly prevented them from being used in acts of violence and potentially even saved lives.

“Our officers are patrolling areas known for violence and this case proves the value of intelligence-led stop-and-search.

“Reducing serious violence is the Met’s top priority and I hope the community feel reassured we were able to remove these weapons from the streets.”