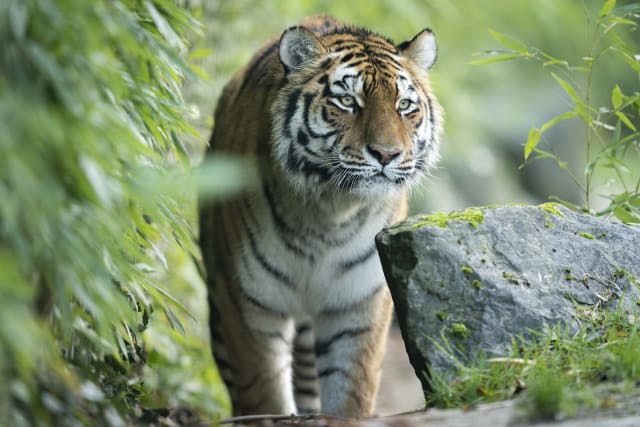 A Hampshire zoo is playing Cupid for its endangered Amur male tiger by welcoming the arrival of a female called Valentina to be his companion.

Marwell Zoo, near Winchester, has taken delivery of the endangered animal, which is found in the wild in the Russian far east and north-eastern China, from the Hodonin Zoo in the Czech Republic.

There are only 500 of the species remaining in the wild because of habitat loss and poaching.

Ian Goodwin, animal collection manager at Marwell, said there were promising signs of a blossoming romance between Valentina and the male tiger called Bagai.

He said: “We are excited to welcome Valentina to Marwell.

“She’s settling in to her new home well and she’s had some positive interaction with Bagai with lots of sniffing and chuffing through the fence.

“Valentina is a young animal and we hope one day that she may mother cubs to help secure the future of this species.”