Wales could move to lockdown after Christmas, Mark Drakeford says 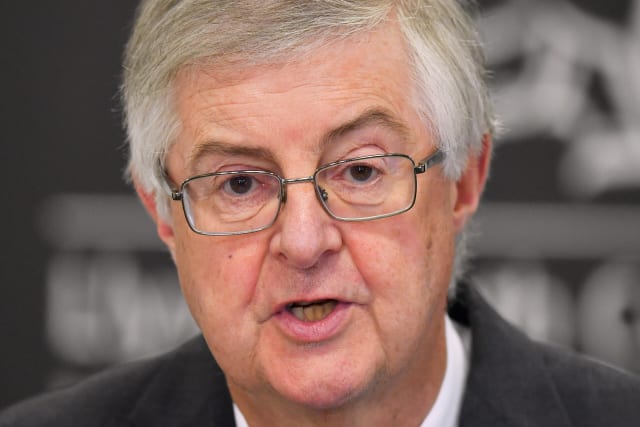 Wales will reintroduce a tier-like “traffic light” system of national restrictions in response to the country’s worsening coronavirus crisis, Mark Drakeford has said.

The Welsh First Minister said the country was currently in the third-highest alert level of a possible four, with it being “inevitable” that greater restrictions resembling a lockdown would be imposed after Christmas if Wales moved to the highest level.

But he denied the toughest measures that could be introduced after December 27 would in effect be another firebreak lockdown as they would be reviewed every three weeks as opposed to ending after a fixed period of time.

And he said there was a possibility of different levels of restrictions for different parts of Wales, despite previously admitting the series of local lockdowns he imposed across the country during the autumn “didn’t work well enough” to curb the spread of the virus.

At Friday’s Welsh Government press briefing, Mr Drakeford introduced the system as a “revised plan” of traffic light levels first announced back in May but have not been mentioned since Wales moved into its “green” phase on August 10.

He said: “The revised plan sets out four alert levels. Today in Wales, we are at alert level 3, the traffic light is red, the level of risk is very high.

“If the strengthened measures of last week and the extra action of this week – together with the efforts each and every one of us need to make – if those measures do not succeed in turning the tide of the virus then it is inevitable that we will have to consider a move to alert level 4 immediately after Christmas.”

Mr Drakeford described the Covid-19 situation in Wales as “very serious”, and although the country’s 17-day firebreak had successfully brought down rates of new cases these had now risen “faster than our models have predicted”, adding that it was “firmly entrenched in so many parts of Wales”.

The Welsh NHS “will not be able to cope as it is today” if the current levels of coronavirus-related admissions continue in the coming weeks, he warned.

Mr Drakeford said that outdoor attractions across Wales, such as winter wonderlands, would now be forced to close to limit the spread of Covid-19.

An updated coronavirus control plan will be published by the Welsh Government next week to help people, businesses and public services “plan in these rapidly changing circumstances,” he said.