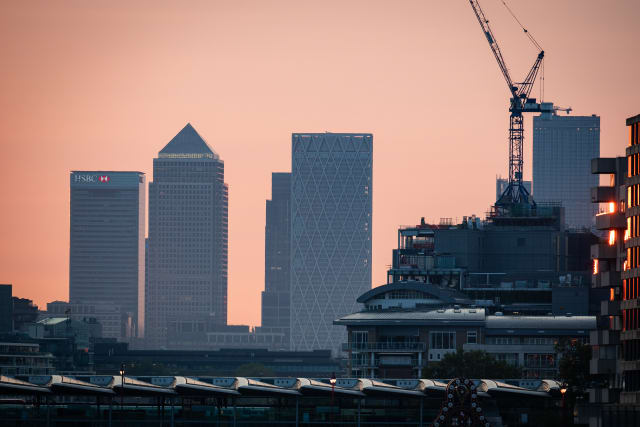 Banks in the UK can deal with a shock that is much worse than economic problems caused by Covid-19 and still continue to lend, the Bank of England has found.

The country’s biggest lenders have enough capital buffers to get them through the crisis, after building them up since the 2008 financial crisis.

The Bank’s Financial Policy Committee said that banks would be able to shoulder around £200 billion in credit losses, and have only provisioned for £20 billion of loan losses so far.

It would take a 15% unemployment rate, house prices dropping by nearly a third, and a severe global economic shock before credit losses exceed what the banks can absorb.

The committee also said that it would allow lenders to reduce their so-called countercyclical capital buffer – a type of rainy day fund – to 0% for at least another year.

During good times, banks are required to build up a capital buffer that can be drawn on during uncertainty.

The required buffer was first removed in March to free up money, as signs emerged that Covid-19 would ravage the economy.

This unlocked around £10 billion, the central bankers estimate, enough money to support around £190 billion of lending to people and businesses.

Two months ago, governor Andrew Bailey told lenders that their “capital buffers are there to be used”, amid fears that bank bosses might be holding on to the cushions. Friday’s decision should give them more confidence to do so.

However, as of yet the banks are still far above the levels where they might need to use that final buffer, Sam Woods, the deputy governor for prudential regulation said.

“It hasn’t really hit us yet, is the truthful answer,” he said.

“Having said that, when banks do get close to their buffers, we do worry about whether the way the system is set up encourages them sufficiently to go into them.”

The committee also said that most of the risks a potential no-deal Brexit poses to the UK’s financial stability have largely been mitigated. The financial system has had time to prepare for potential Brexit outcomes.

However, the report said: “Financial stability is not the same as market stability or the avoidance of any disruption to users of financial services.

“Some market volatility and disruption to financial services, particularly to EU-based clients, could arise.”

Asked to expand on this, Mr Bailey said his officials have “a lot” in their armoury if a no-deal Brexit sparks a similar market shock to what happened in March.

Mr Bailey, who repeatedly stressed he was not predicting such a market reaction, said: “We have a very substantial array of responses that we can take, and in any situation like that we will put them to work.”

The December report would normally include an annual stress test. However in March the Bank decided to cancel the test for the first time since it was launched in 2014. Resources were needed to support businesses through the pandemic.

Last year the Bank found that all of the top lenders in Britain would be able to weather the worst-case scenario, which simulated a no-deal Brexit or a financial crisis which cut deeper than the 2008 crash.

Now, a year later, it looks like both these scenarios could be realised.

Brexit talks are set to come to a crunch this weekend, with a no-deal still on the table.

Meanwhile, the Covid-19 pandemic pushed the economy to its worst quarter since records began in 1955 earlier this year, shrinking GDP by more than 20%.

So far banks have been keeping money flowing to millions of British businesses. Despite some complaints from business owners, the lenders have pumped more than £65 billion into the economy as part of three Government-backed loan schemes.

Unlike 2008, the banks have not seemed to show any major strain from the exercise. The risk they are taking is smaller than for usual loans, as the Government has promised to cover the bank between 80% and 100% of the loan amount if the borrower is unable to pay.