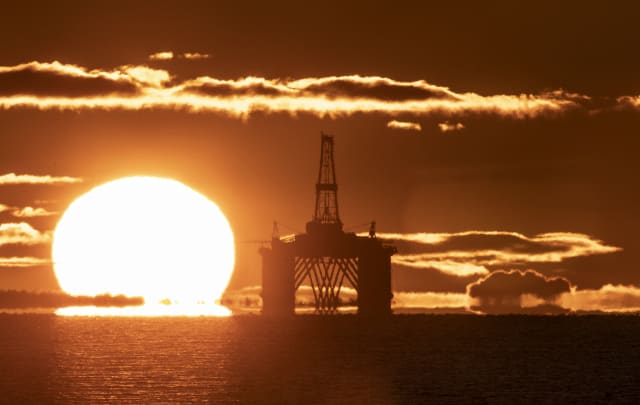 The move, announced as the UK prepares to co-host an international online summit to increase ambition on cutting greenhouse gases, spells an end to billions of pounds of British backing for oil and gas projects overseas.

Under the plans, the Government will end export finance, aid funding and trade promotion for new crude oil, natural gas or coal energy projects, with “very limited exceptions” for some gas-fired power plants and other schemes.

The plans, which follow an announcement by the Prime Minister in January to end support for coal projects abroad, is a significant change and will be implemented as soon as possible, the Government said.

Campaigners welcomed the move, which makes the UK the first major country in the world to commit to ending public finance for fossil fuels abroad and provides climate leadership on the international stage.

In the last four years UK taxpayers have supported £21 billion of oil and gas exports through trade promotion and export finance, which provides financing to UK businesses selling goods and services overseas.

The Government said it would work with the UK’s oil and gas industry to support the move to low carbon energy sources, through a North Sea transition deal that hopes to turn areas such as Teesside and Aberdeen into hubs for offshore wind and other carbon-cutting technologies.

The announcement comes ahead of a summit co-hosted by the UN, UK and France to mark five years since the Paris Agreement – the world’s first comprehensive treaty on tackling climate change – was secured in the French capital.

Mr Johnson said action by leaders must be driven “by ambition on a truly grand scale” to tackle the challenge of climate change.

At least 75 world leaders, including Canada’s Justin Trudeau and India’s Narendra Modi as well as Pope Francis, will address the online event, alongside the UN secretary general, businesses such as Apple, and city mayors.

The Paris Agreement commits countries to take action to limit temperature rises to “well below” 2C (3.6F) above pre-industrial levels and pursue efforts to keep them to 1.5C (2.7F).

But countries’ plans for cutting emissions up to 2030, which they have to submit as nationally determined contributions (NDCs) under the Paris Agreement,  leave the world on track for more than 3C (5.4F) of warming.

Countries were due to submit new plans this year ahead of key UN Cop26 talks due to be held in Glasgow, but with the pandemic delaying that until next November, the online summit is being held to drive momentum on the crisis.

The UK, submitting its first national plan outside of the EU, has already committed to cutting its greenhouse gas emissions by at least 68% on 1990 levels by 2030, on the way to reducing pollution to “net zero” by mid-century.

Scientists warn the world must cut carbon dioxide to net zero – with emissions reduced as close to zero as possible and any remaining pollution offset by measures to store carbon such as planting trees – by 2050 to meet the 1.5C goal.

Mr Johnson said: “Climate change is one of the great global challenges of our age and it is already costing lives and livelihoods the world over.

“Our actions as leaders must be driven not by timidity or caution, but by ambition on a truly grand scale.

He said: “By taking ambitious and decisive action today, we will create the jobs of the future, drive the recovery from coronavirus and protect our beautiful planet for generations to come.”

Details on the curbs to fossil fuel support will be set out in a consultation published alongside the announcement, with limited exceptions that are in line with the Paris Agreement, the Government said.

Shadow business secretary Ed Miliband said it was right the Government was stopping “funnelling billions into fossil fuels projects overseas”, which it had done while failing to invest properly in a green recovery and cutting overseas aid.

He said: “Ending our hypocritical position on fossil fuels financing is a basic prerequisite for being a credible host of Cop26.

“Now ministers need to concentrate on an ambitious agreement in Glasgow which meets the goals of the Paris Accord to limit global warming to 1.5C.”

He said: “With an end to financing oil and gas projects overseas we must now see efforts moved rapidly towards supporting nations make the switch to renewable energy.

“In ending support to fossil fuel extraction abroad, the Government must now build on its commitments to take further global leadership by beginning a managed transition away from oil and gas production in the UK and North Sea, whilst supporting workers affected to make the switch to good green jobs.”