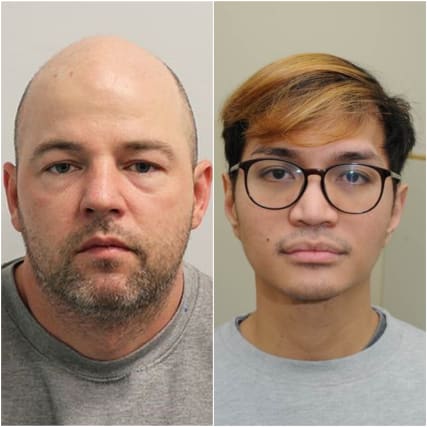 Two notorious criminals who are serving life sentences for some of the worst offences of rape ever tried in England and Wales have had their minimum jail terms increased by the Court of Appeal.

Joseph McCann, 35, was given 33 life sentences at the Old Bailey last December for a string of sex attacks on 11 women and children – one aged 11 – during a 15-day cocaine and vodka-fuelled rampage.

Reynard Sinaga, 37, was handed a life sentence at Manchester Crown Court in January after being convicted of more than 150 offences, including 136 counts of rape, committed against 48 men – although police have linked him to more than 190 potential victims.

The Attorney General’s Office referred the 30-year minimum jail terms handed to McCann and Sinaga to the Court of Appeal as “unduly lenient” earlier this year.

At a hearing in London in October, Solicitor General Michael Ellis QC argued the pair should either have been given whole life terms or longer minimum terms for their crimes, which he said were among “some of the worst and most violent that this country has ever witnessed”.

A panel of five judges refused to impose whole life terms on McCann and Sinaga, but increased their minimum sentences to 40 years.

Giving the court’s ruling on Friday, the Lord Chief Justice Lord Burnett said: “The offending in the cases of McCann and Sinaga, very serious indeed though it is, does not, in our judgment, call for either to receive a whole life tariff.

“This is not to minimise the seriousness of their offending but instead to ensure that the most severe sentence in our jurisdiction is reserved, save exceptionally, either for the most serious cases involving loss of life, or when a substantive plan to murder of similar seriousness is interrupted close to fulfilment.”

Lord Burnett said that in the collective experience of the senior judges who heard the case, McCann and Sinaga’s crimes are some of the most serious offences of rape to have been tried within England and Wales.

He added: “Neither man has shown any remorse and the long-term psychological damage for at least some of the victims in both trials is profound and will only be understood in the years to come.”

The judge said whether either man is in fact ever released from prison will depend on the Parole Board’s assessment of the risk they pose after they have served their minimum jail terms.

In a statement after the ruling, Mr Ellis said: “Both offenders carried out some of the most heinous and depraved sexual attacks that shocked the nation.

“I am grateful for the guidance the court gave about whole life orders and I am pleased that the court imposed a longer minimum term.

“I hope this brings some solace to the victims of these despicable crimes.”

The case was the first time two separate offenders’ sentences have been challenged together as being unduly lenient.

McCann carried out a series of sex attacks in London and the North West in April and May 2019, two months after the convicted burglar was wrongly freed from prison following “major failings” by probation staff.

He was found guilty last December of 37 charges relating to 11 victims, aged between 11 and 71, and was described by sentencing judge Mr Justice Edis as a “classic psychopath”.

Sinaga – the UK’s most prolific serial rapist – preyed on lone, drunk young men around nightclubs near his flat in Manchester, posing as a Good Samaritan who offered them a floor to sleep on or promised them more drink.

The Indonesian student drugged the men then filmed himself sexually violating them while they were unconscious, with many of his victims having little or no memory of the assaults.

Judge Suzanne Goddard QC, who sentenced him to a minimum of 30 years, described Sinaga as “an evil serial sexual predator” and a “monster”.