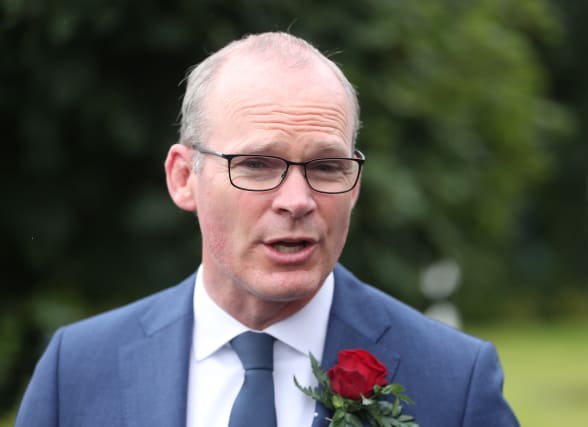 Ireland’s foreign affairs minister has urged politicians to dial down their language around division as post-Brexit talks go down to the wire.

Failing to clinch a trade deal with Britain would be an enormous “lost opportunity”, Simon Coveney added.

Boris Johnson has warned it is “very, very likely” the UK will not be able to strike an agreement with the European Union.

Mr Coveney said: “What I would say to politicians, we need to try and dial down the language in terms of the division and differences of views and focus on the detail.

“There is a bigger picture here that goes beyond trade in a world that is changing and has a lot of risk.

“The idea that the UK and EU cannot put a good, constructive, positive partnership in place in the context of that new relationship… I think that would be an enormous lost opportunity and both sides will be weaker as a result.

“That is why we think the next few days are so important in finding common ground, as opposed to stubbornly focusing on differences, some of which is based on perception and some on legal text and detail.”

The visit was arranged to mark the symbolic “handover” from Germany’s membership of the United Nations Security Council to Ireland’s.

But much of the press conference focused on Brexit.

Mr Coveney predicted the UK will try to make the outcome work, no matter what the result of the negotiations is.

He said: “Whether it is a deal or no-deal, all the focus now should be on getting a deal, a deal that both sides can continue and work with, where there are not winners and losers in this negotiation, but there is a partnership for the future that will benefit both sides, and certainly from an Irish perspective that is what we are seeking.”

The Prime Minister has said he is “hopeful” progress can be made in talks but he stressed the two sides remain stuck on fisheries and the so-called level-playing field.

The two leaders have agreed to make a decision on the future of the negotiations by the end of the weekend.