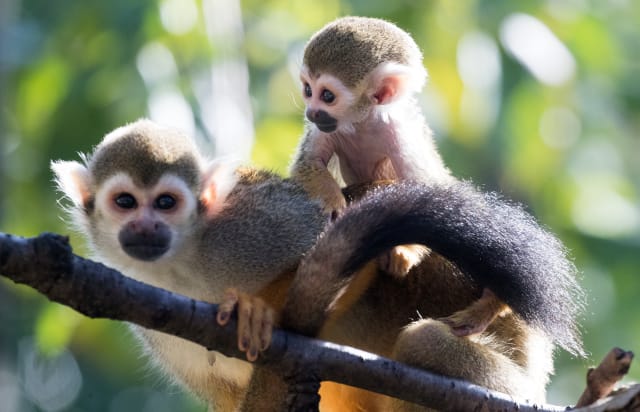 People in England could be banned from keeping monkeys as pets under new Government proposals.

Up to 5,000 primates are believed to kept as pets in the UK outside of licensed zoos, the Department for Environment, Food and Rural Affairs (Defra) said.

The group of wild mammals, which include lemurs, monkeys and apes, are highly intelligent, require open spaces, varied diets, warmth and social contact.

A recent call for evidence by the Government found their complex needs cannot be met in a home environment.

Under the new proposals, it would become an offence to keep primates as pets in England.

Those who keep the wild animals without a zoo licence would need to obtain a new specialist private primate keeper licence to ensure they are meeting the required high welfare standards.

New welfare restrictions on the breeding and transfer of primates would also be introduced.

Members of the public will be able to have their say on the changes as part of an eight-week consultation launched on Saturday.

Animal Welfare Minister Lord Goldsmith said: “Primates are hugely intelligent and socially complex animals. When they are confined in tiny cages, often alone and with little stimulation, their lives are a misery.

“It’s important that we take action to prevent the suffering caused to them when they are kept as pets and so I am delighted that we are moving a big step closer towards banning the practice.”

Dorset-based animal sanctuary Monkey World said it had taken in more than 100 primates from the UK pet trade, with 78 rescued in the past 10 years and more than 100 on its waiting list.

Monkey World director Dr Alison Cronin said: “Current laws are not protecting the monkeys from abuse or neglect, as they arrive at the park malnourished, with rickets, mobility problems and psychologically damaged as a result of living in solitary confinement, inside people’s houses.

“We are asking people to take part in this consultation to signal that this trade is unacceptable and the current legislation is not working. The laws must change.”

“They need a spacious and enriched environment that challenges their intelligent brains and allows for them to behave like primates should.

“But, sadly, our inspectors are still seeing shocking situations where monkeys are cooped up in bird cages, fed fast food, sugary drinks or even Class A drugs, deprived of companions of their own kind, living in dirt and squalor and suffering from disease. “