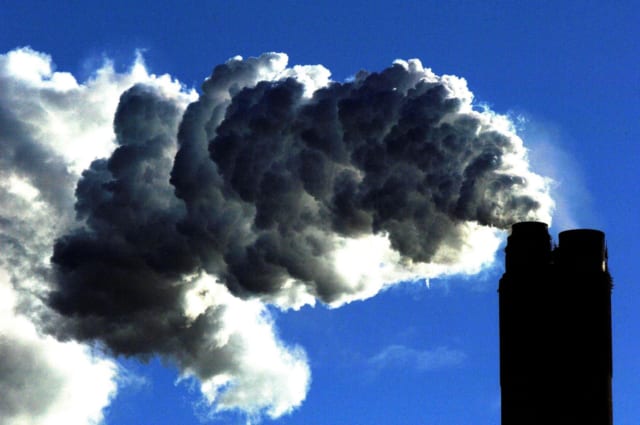 Countries are putting forward more ambitious plans to cut emissions ahead of an online UN summit aimed at tackling the climate crisis.

The European Union has become the latest major economy to outline a new target to tackle greenhouse gases, pledging to cut emissions by “at least” 55% by 2030 on 1990 levels – up from its previous target of 40%.

The move comes ahead of the summit, co-hosted by the UN, UK and France, which marks five years since the Paris Agreement – the world’s first comprehensive treaty on tackling climate change – was secured in the French capital.

The summit will hear from leaders from major economies including China, the EU, Japan and Canada, along with dozens of countries who are expected to outline new efforts to drive down emissions, as well as the UK and the UN secretary general. US state governors will also speak at the event.

But countries including Brazil and Australia have failed to secure a place to speak at the summit, amid criticism their plans on emissions are far too weak to protect the climate.

The Paris Agreement commits countries to take action to limit temperature rises to “well below” 2C above pre-industrial levels and pursue efforts to keep them to 1.5C, to reduce the risks and impacts of climate change.

But the level of countries’ ambition for cutting emissions up to 2030, which they have to submit as “nationally determined contributions” (NDCs) under the Paris Agreement, currently leave the world on track for more than 3C of warming.

Countries were due to submit new national plans by this year ahead of key UN Cop26 talks due to be held in Glasgow, but with the pandemic delaying that until next November, an online climate ambition summit is being held to drive momentum on the crisis.

The UK, submitting its first national plan outside of the EU, has already committed to cutting its greenhouse gas emissions by at least 68% on 1990 levels by 2030, on the way to reducing pollution to “net zero” by mid-century.

Scientists warn the world as a whole must reach net zero for carbon dioxide – with emissions reduced as close to zero as possible and any remaining pollution offset by measures to store carbon such as planting trees – by 2050 to meet the 1.5C goal.

Despite near-record temperatures and extreme weather in 2020, and the fact countries are battling the coronavirus pandemic, there is a sense of building momentum on tackling the climate crisis.

China, the world’s biggest polluter, has recently announced it plans to become carbon neutral by 2060, while president-elect Joe Biden has pledged the US will achieve net-zero by 2050.

Campaigners warn the summit must kickstart action to respond with the urgency needed for the climate crisis, and protect those who are most vulnerable to its impacts.

Dr Kat Kramer, Christian Aid’s climate lead, said: “Every moment and decision counts when tackling the climate crisis and this summit must bring the much-needed momentum required to deliver through 2021 and beyond.”

Wendel Trio, director of Climate Action Network, welcomed the increase in ambition by the EU as a “vital and necessary step to help limit the escalating climate crisis” but said it fell short of what was needed – around 65% cuts.