What does a no-deal Brexit mean for food prices, travel, study and the economy? 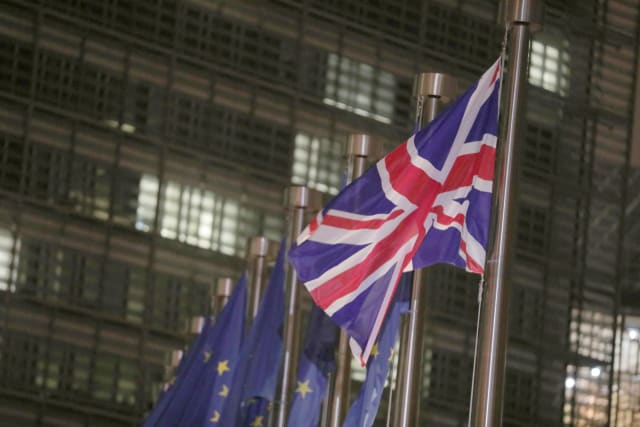 Ministers have admitted that the prospect of a trade deal with the European Union looks gloomy, as both sides prepare for a possible no-deal outcome to the talks.

But what does a no-deal situation mean for everyday life? Here is a look at some of the ways it could impact shoppers, travellers, students and businesses, as well as the wider economy.

– What would it mean if the UK did not have a deal with the EU?

After almost a year of negotiations, the two sides are still struggling to come to an agreement, with long-standing issues on fishing rights and state aid rules leaving them at odds as the latest deadline of Sunday December 13 looms large.

If the talks collapse, the UK will be outside the EU’s single market and customs union at the end of the year without a comprehensive deal to replace regulations on travel, trade and many other interactions.

A no-deal outcome would see the UK revert to doing business with its largest trading partner using rules set by the World Trade Organisation (WTO), a basic set of arrangements for countries with no formal trade agreement, once the transition period ends on December 31.

– Will no deal have an impact on people’s daily lives?

Without a doubt. It is likely to have an impact on food prices, travel and jobs, as well as on the health of the economy.

Businesses could find the cost involved with selling their goods to EU countries rises as a result of new charges on UK exports.

– What could happen to food prices?

The price of some items on supermarket shelves could rise if they are slapped with a tariff – a form of import tax – or there is a limit placed on how much of certain items can be imported from the EU.

Expected border delays could also mean less fresh fruit and vegetable make it into the UK in a sellable condition, leading to food shortages and possible price hikes.

Tesco chairman John Allan has warned that shoppers could face temporary shortages of some fresh foods and that food bills could climb by 5% on average, with specific products likely to increase significantly more.

It could lead to households looking for UK-made replacements of some products, Mr Allan suggested, telling the BBC that shoppers could opt to buy cheddar to avoid paying a 40% increase in brie cheese prices due to fresh import taxes.

– Can I still go on holiday to France and other EU countries?

Yes – but it could be more of a pain.

People in the UK will still be able to travel to most EU nations visa-free, but may need a visa or permit to stay for longer than a holiday, especially if they have plans to work or study in that country.

There could be border delays at airports and ports, with UK citizens no longer able to use EU fast-track passport control and customs lanes.

Major gateways, such as Dover and the Channel Tunnel, are expected to be busy and even gridlocked due to an increase in customs checks for lorries as a result of no deal.

That could have a knock-on effect of delaying holidaymakers from getting over to France if going by ferry or train.

Research funding and exchange opportunities currently granted to UK students through European schemes could cease if Britain leaves the EU without a deal.

The UK’s ability to participate in the exchange programme Erasmus+, which helps students study in other countries, may come to an end.

Britain could have less access to vital research grants if the UK is not allowed to join the EU’s flagship Horizon Europe research funding programme.

A potential loss of research funding and a possible fall in EU student and staff numbers due to a no-deal Brexit could hit universities’ finances, vice-chancellors have warned.

– What do the economic experts say?

Official figures forecast that a failure to strike a deal will see gross domestic product (GDP) – the main marker of the health of the economy – fall by 2% in 2021 and lead to a long-term economic decline, compounded by the damage wrought by coronavirus.

The Office for Budget Responsibility (OBR) has also forecast that unemployment and borrowing would be higher as a result of no deal.

Bank of England governor Andrew Bailey has previously warned that the long-term economic damage of trading on WTO terms will eclipse even that caused by Covid-19.

– Will no deal delay the UK getting Covid-19 vaccine doses?

There have been worries that border delays caused by the UK departing from EU rules could hinder vaccine deliveries.

Cabinet Office minister Penny Mordaunt looked to reassure MPs this month that potential problems had been “methodically thought through”, including “securing back-up plans if commercial transport is not available”.

Downing Street has not denied reports that RAF flights could be used to bring supplies of the vaccine over from other European countries if there were problems at ports caused by a no-deal Brexit.

– What are the UK and the EU doing to avoid travel carnage and economic damage?

The European Commission on Friday proposed mini-deals to keep freight, rail and air links open in the short term if there is no deal, while arguing that the status quo should continue for another year on fishing rights, allowing reciprocal access to each other’s waters until December 31 2021.

Downing Street said it would study the details closely, adding that the Government had already laid out its plans if there was no agreement.

The Prime Minister’s official spokesman said: “I would point you to the Border Operating Model which the Cabinet Office has already set out and the £705 million we have invested in jobs and technical infrastructure at the border.

“(There is also) the money we’ve made available to customs intermediaries, and implementing border controls in stages, so traders have more time to prepare.”