Threat of Christmas toy shortages due to disruption at ports 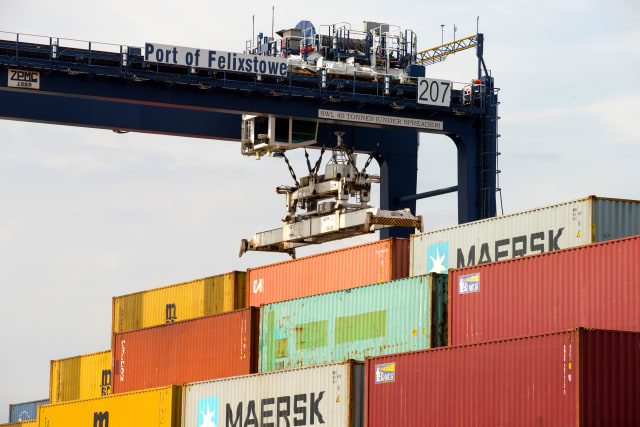 Retailers warn there could be toy shortages this Christmas due to disruption at ports.

Many firms are struggling to import goods due to a logjam at Felixstowe and other ports.

White goods, homeware and building supplies are also reportedly being held up by the congestion, while carmaker Honda has closed its Swindon plant due to difficulty getting parts.

The British Toy and Hobby Association said it is aware of companies suffering “serious issues” retrieving their stock from ports in Felixstowe and Southampton.

Its statement continued: “Toy manufacturers are facing a drastic price increase on freight due to a shortage of capacity and containers, which has seen prices increase three-fold and as much as four-fold in some cases.

“Vessels have been diverted to Rotterdam due to congestion at Felixstowe and will now miss the Christmas season.

“This is troubling for the toy industry who are under pressure to ensure children around the country get to open their exciting new toys on Christmas Day and into the new year.”

Derek Crookes, of the Toy Retailers Association, advised Christmas shoppers to “get out there and try and get any products that they want as they may well run out”.

Some container ships are refusing to collect empty containers or exports after dropping off goods in the UK because they do not want to miss slots at other ports such as Rotterdam, Antwerp or Hamburg.

“Unless you turn off the tap – so stop ships coming – you can’t clear the backlog.”

Ms Hadland said disruption has built up since August due to a combination of factors.

There was a “massive upswing in imports” following the end of the first coronavirus lockdown due to pent-up demand and stockpiling by importers concerned about the impact of a second wave of the virus.

Other issues include containers filled with PPE (personal protective equipment) not being collected from ports, and people stocking up ahead of the end of the Brexit transition period on December 31.

“It’s pretty much the worse it’s been in a long while,” Ms Hadland said.

On Wednesday, the Department for Transport eased restrictions on drivers’ working hours in a bid to ease the backlog at ports.

Unite national officer for road haulage Adrian Jones said drivers are being “forced to pay for the mismanagement of others”.

He went on: “Relaxing driving hours increases fatigue, which increases the risk of accident for the drivers themselves and all other road users.”