Not necessary to prove motive in sex assault cases, Court of Appeal rules 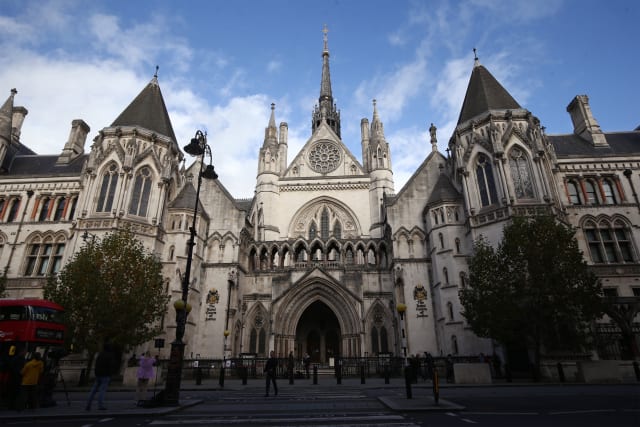 Prosecutors in sexual assault cases do not need to prove a defendant was motivated by their own gratification, the Court of Appeal has ruled, after the Attorney General called for clarification of the law.

Three judges decided that it must only be proved that a “reasonable person” would find a particular act to be sexual in nature, and that it is not necessary to prove a defendant’s intentions.

The ruling on Thursday arose out of a challenge by the Attorney General Suella Braverman, following a trial at Teesside Crown Court in which a defendant was acquitted of sexual assault and an alternative charge of common assault for kissing a stranger on the mouth on a train.

In the case, which took place in October last year, the complainant alleged the defendant had grabbed her face and given her a “sloppy” and “forceful” kiss on the lips after sitting beside her.

She said she believed the defendant to be intoxicated.

In his account to police, the defendant said he was not drunk, but his voice may have sounded slurred because he did not have his dental bridge in place.

He claimed he had given the woman a “peck” on the lips to support her after overhearing someone say in relation to her: “What do you want a photo with her for? She’s fat and ugly.”

The defendant said it was not a sexual kiss and he had not intended to sexually assault the complainant.

The judge accepted submissions from the defendant’s legal team that the prosecution must prove he had a sexual motive for touching the defendant.

He told the jury they must be sure “the touching was sexual and the defence case is that it wasn’t”.

The judge continued that the jury must also decide if “the prosecution has made you sure that the defendant intended to touch the complainant sexually”.

“That is that the touching was sexually motivated. Not simply intended as a friendly or reassuring gesture, but with a view to sexual gratification,” he said.

Ms Braverman referred the case to the Court of Appeal, seeking clarification of the law and arguing that it was not necessary to prove a defendant’s intentions to prove a case of sexual assault.

The component of a sexual assault charge states that an offence has been committed if the accused intentionally touches another person, the touching is sexual and the person does not consent to the touching.

It must also be proved that the defendant did not reasonably believe the complainant was consenting.

In the Court of Appeal ruling, Lord Justice Fulford, who heard the case with two other judges in November, said: “In our judgment, the legislature did not intend a further, unexpressed state of mind to be established.”

He added: “Touching is sexual if a reasonable person would consider that because of its nature it may be sexual, and because of its circumstances it is sexual, irrespective of the purpose or intention of the accused.”

Following the decision, Ms Braverman said: “In my role as guardian of the public interest, I argued that an assault did not need to be intended to be sexual to amount to sexual assault. I am pleased that the court has agreed with me.

“I welcome the Court of Appeal’s judgment which will provide greater clarity for future cases – especially for victims of sexual assault.”

Thursday’s ruling does not overturn the original verdict at Teesside Crown Court and there will not be a retrial.