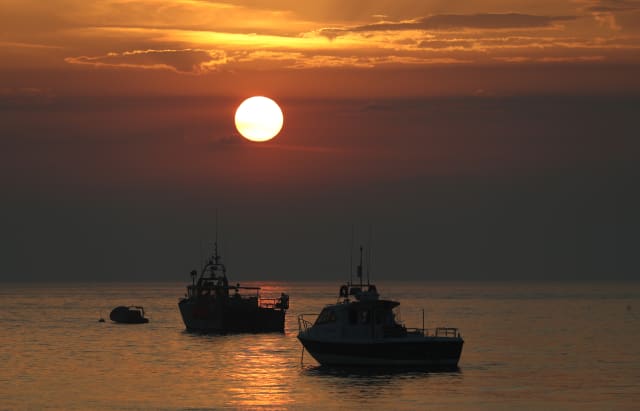 The fishing industry is not concerned about a no-deal Brexit, an industry leader has said.

Mike Park, chief executive of the Scottish White Fish Producers’ Association, said such a scenario could open up the prospect of fishermen gaining access to greater shares of regulation stocks.

He said the UK would move into negotiations as an independent coastal state and this would not change the chances of securing good terms for the sector, although he did concede a no-deal Brexit could pose logistical difficulties for producers shipping fish and crustaceans to the continent.

Prime Minister Boris Johnson and European Commission president Ursula von der Leyen have agreed a decision on the future of the negotiations will be taken by the end of the weekend, with both sides warning “very large gaps” remain after talks on Wednesday.

Mr Johnson has insisted no UK Prime Minister could accept EU demands to continue to maximise access to UK waters for its fishing fleets after the Brexit transition period expires on December 31.

Mr Park said the association would prefer a good deal on fisheries within a wider deal with the EU but added if the UK leaves with no deal it will start to negotiate annually – as the EU does with Norway and the Faroe Islands – and could seek greater shares from the bloc.

He told the PA news agency: “In terms of the larger vessels that benefit from greater shares of regulated stocks, we would immediately move into coastal state negotiations where hopefully we could negotiate greater shares of those stocks on the basis that we give other people access to the water, so there’s no change in terms of what it means for the sector that fishes your cod, your haddock and other stocks.

“In terms of these larger vessels, we have no concerns because we think we can seek a good deal through the avenue which is the international norm where you sit down and negotiate with your neighbours in terms of who gets access to where and what they can catch so we think.

“In that aspect a no-deal is no worse than getting a deal through a fisheries framework agreement.”

The UK leaves the bloc’s single market and customs union at the end of the year and without a comprehensive deal there could be major disruption to trade.

Mr Park said if EU fishermen are allowed to catch less in UK waters then the demand for UK products will go up, so the association has no immediate concerns about tariffs.

He said: “What we would prefer is a good deal on fisheries within a wider deal with the EU.

“Getting a deal on favourable terms for fisheries is in everyone’s interests but not getting a deal does not alter the benefit that the Scottish fishing industry could get out of it because we just start negotiating as a coastal state with all the powers that that gives you.”