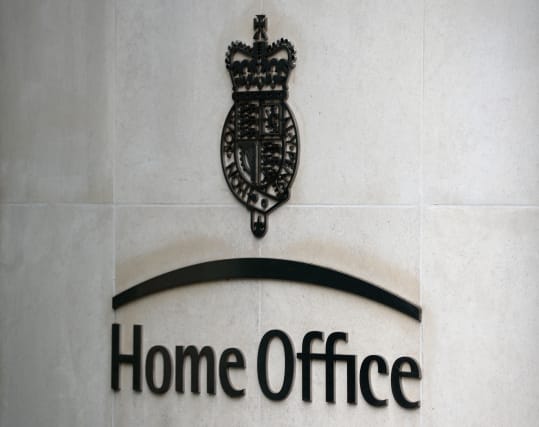 The family of a member of the Windrush generation who “fell victim to the Government’s hostile environment” is taking legal action against the Home Office for refusing to waive the “good character requirement” for British citizenship.

Hubert Howard, who came to the UK from Jamaica in 1960 when he was three years old, endured an “arduous struggle for British citizenship” which saw him lose his job and miss his mother’s funeral because he did not know if he would be able to return to the UK, the High Court heard on Thursday.

He died aged 62 in November 2019, just three weeks after he was finally granted British citizenship.

His daughter Maresha Howard Rose has now taken on his High Court claim that the Home Office’s scheme to help members of the Windrush generation obtain British citizenship is unlawful as it requires them to be of “good character”.

Her lawyers say the scheme is indirectly racially discriminatory “because the Windrush generation is disproportionately comprised of black and Asian Commonwealth citizens”.

At a hearing in London, Phillippa Kaufmann QC said Mr Howard was one of “a number of individuals who were part of the Windrush generation who have been caught in the Home Office’s hostile environment”.

She told Mr Justice Swift: “Mr Howard was one of those individuals and he suffered years – years and years – of difficulty: losing his job, unable to find further work and confronting numerous obstacles presented by the hostile environment.”

Mr Howard was refused British citizenship in December 2018 on the basis of a conviction for common assault after an incident at his doctor’s surgery that March, when he “grabbed paperwork from the receptionist’s hand and, in the process, grabbed her middle finger”, Ms Kaufmann said.

She added that Mr Howard was ultimately granted British citizenship “just a matter of weeks before he tragically died”, but said his family was still pursuing their claim that the Home Office’s initial decision to refuse his application was unlawful.

She told the court: “The defendant’s continued refusal of the claimant’s citizenship application over 14 years, and failure to recognise him as a British citizen since his arrival in the UK, are unjustifiable.

“The impact of the defendant’s obstinate refusals on the claimant’s health and personal life cannot be understated.

“The claimant was prevented from visiting his critically ill mother in Jamaica and from subsequently honouring her death.

“He has also been denied a stable private life with his family in the UK.

“He lost a job where he was established and valued, following which he was unable to seek further employment from 2012, resulting in him accruing substantial debt.

“Further, his physical and mental health suffered significantly on account of the defendant’s conduct which endured until the end of his life.”

Ms Kaufmann argued that “the difference in treatment of which the claimant complains is a failure to treat members of the Windrush generation differently to other regular migrants for the purpose of naturalisation, specifically by failing to disapply the good character requirement”.

She added: “By applying the good character requirement to the Windrush generation in the same way as other regular migrants for the purpose of naturalisation, the (Home Office) has continued to apply to them a rule that is not suited to their different circumstances.”

Sir James Eadie QC, representing the Home Office, said in written submissions: “The Windrush scheme did not discriminate against the rights of the Windrush generation … the maintenance of the good character requirement was justified.”

He added: “The good character requirement remains an important aspect of naturalisation.

“That fact is not overridden or removed by the injustices suffered in some cases by the Windrush generation.”

Sir James also argued that the challenge to the refusal to initially grant British citizenship to Mr Howard was “academic” as the Home Office later “reversed” its original decision.

The hearing before Mr Justice Swift is due to conclude on Monday afternoon and it is expected that he will reserve judgment to a later date.