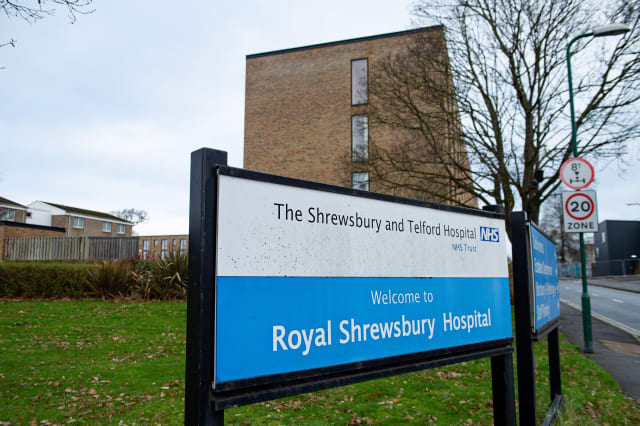 Babies’ skulls were fractured and medical staff at a scandal-hit NHS trust blamed grieving mothers for the deaths of their children, an independent inquiry report has found.

Former health secretary Jeremy Hunt said the review into care failings and baby deaths at Shrewsbury and Telford Hospital NHS Trust “could become the biggest patient safety scandal ever for the NHS”.

As one mother who lost a child in 2009 claimed “victim-blaming” had been used to cover up failings, Mr Hunt said “hundreds of precious babies died needlessly”.

The inquiry into deaths and allegations of poor care at Shrewsbury and Telford Hospital NHS Trust (SaTH), set up in 2017, identified seven “immediate and essential actions” needed to improve maternity services in England.

The report said when completed, the review of 1,862 families “will be the largest number of clinical reviews undertaken relating to a single service, as part of an inquiry, in the history of the NHS”.

Former senior midwife Donna Ockenden’s report said “one of the most disappointing and deeply worrying themes” was the “reported lack of kindness and compassion from some members of the maternity team at the trust”.

The chief executive of the trust apologised for the “pain and distress” caused to mothers and families due to poor maternity care – after the review found staff had been “flippant”, “abrupt” and “dismissive”.

The review also said the deaths of Kate Stanton Davies in 2009 and Pippa Griffiths in 2016, whose families had campaigned for an independent review into maternity care at the trust, “were avoidable”.

Addressing the House of Commons, Mr Hunt said it was “shameful” that it is made hard for NHS doctors, nurses and midwives to speak out about tragedies and “all the burden for change is left on the shoulders of grieving relatives”.

He pushed for an end to the “blame culture” in parts of the NHS.

Mr Hunt, chairman of the Health and Social Care Committee, said in a statement: “There is nothing more cruel in life than losing a child – but to do so because of mistakes that were covered up makes things infinitely more painful.

“There are vital lessons that need to be learned immediately: no mother should ever be put under pressure to have a ‘normal birth’ because of a desire to keep C-sections low.

“The top priority must always be the safety of a child with any final decision taken by a mother on the basis of impartial advice.

“What is most shocking, though, is the scale and longevity of this scandal: it poses many challenging questions for the NHS and its regulatory system as well as to the trust.”

The Ockenden report must not be allowed to gather dust, Mr Hunt said, and must be a very high priority for Health Secretary Matt Hancock.

Mr Hunt added: “I trust he will return to Parliament himself at the earliest opportunity to show families that determination to address this issue goes right to the top.

“The brave families and campaigners who have fought for justice for their children deserve huge credit.

“It shouldn’t have been this difficult or taken this long, yet they’ve chosen to relive their agony to stop others facing similar tragedies.”

The mother of Ms Stanton Davies, who died after delays in transferring her from a community hospital to a doctor-led maternity unit, said she had felt physically sick while reading about the repeated lack of care and compassion found by the Ockenden report.

Speaking from her home in Herefordshire, Rhiannon said: “I felt very emotional… felt physically sick reading some of the family stories, the level of harm that babies and mothers have been subjected to – the lack of care, the lack of compassion, over and over again.

The report acknowledged the efforts of Rhiannon and her husband Richard Stanton, and those of Kayleigh and Colin Griffiths, whose daughter Pippa died in 2016, for their “unrelenting commitment” to preventing similar deaths.

Commenting on the review, Rhiannon told the PA news agency: “I am impressed with the findings – my only concern is we’ve had reviews, we’ve had reports in the past – not just at SaTH, we’ve had Morecambe Bay.

“What will change? Who will scrutinise these recommendations? Who will ensure they are embedded not just at this failing hospital trust in Shrewsbury and Telford, but across the UK?

Describing the conduct of some staff towards grieving families identified by the report, Rhiannon added: “Victim-blaming, mother-blaming, I think, is a very convenient approach for this hospital trust – they would find any reason to cast doubt on what may have happened.

“In my own case, I wanted to lie down and die to be quite frank with you – and they blamed me.

“Clearly this has happened to other families and other mothers and it’s obviously a method that they used – because it would close you down, it would make you question yourself, not them.”

She said of the staff behaviour identified by the report: “To do that to a family is disgusting – a core theme in this report is the lack of compassion, the lack of care.

“There are obstetricians calling mothers lazy, women lying there screaming in agony for hours because they need an intervention and people doing nothing.

“This is the 21st century. This is not Victorian England. How did this happen? How, why did no-one speak out at the hospital trust?”

Speaking after the report was published, Ms Ockenden said in a statement that mothers had been “denied the opportunity to voice their concerns about the care they have received… for a long, long time”.

She said the care at the trust had “caused untold pain and distress, including, sadly, deaths of mothers and babies”.

“They say their suffering has been made worse by the handling of their cases by the trust.”

West Mercia Police have also launched their own investigation to establish if there are any grounds for criminal proceedings.

The report into maternity care at the Shropshire trust said the review of 250 cases had “identified missed opportunities to learn in order to prevent serious harm to mothers and babies”.

It added: “However, we are unable to comment any further on any individual family cases until the full review of all cases is completed.”

Louise Barnett, chief executive at Shrewsbury and Telford Hospital NHS Trust, said: “As the chief executive now and on behalf of the whole trust, I want to say how very sorry we are for the pain and distress that has been caused to mothers and their families due to poor maternity care at our trust.

“We commit to implementing all of the actions in this report and I can assure the women and families who use our service that if they raise any concerns about their care, they will be listened to and action will be taken.”