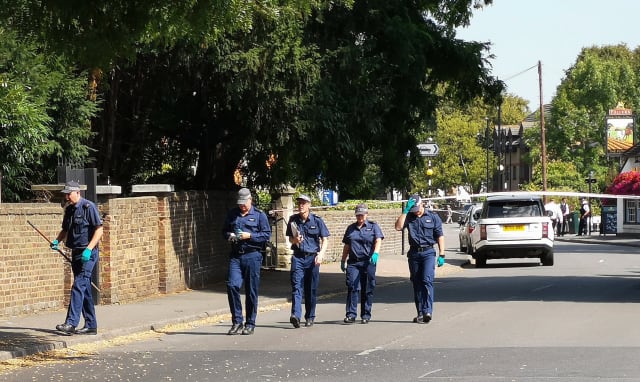 The family of a former Wasps rugby player is calling for an inquiry into why a schizophrenic was free to kill just months after he was arrested for carrying a knife.

Allan Isichei, 69, was stabbed to death by Gurjeet Lall, 36, on his way home from his local pub yards from the home he shared with his wife, Sandra, 73, in Southall, west London, on August 24 last year.

The father-of-three, who has five grandchildren, was a prop for Wasps during the 1970s and 1980s, and played nearly 200 games for the club’s first XV.

Lall was cleared of his murder but found guilty of manslaughter by reason of diminished responsibility in October following a trial at Inner London Crown Court.

Mr Isichei had drunk a single bottle of beer at the Plough Inn before making his way home at about 6.30pm when he was stabbed by Lall.

The court heard the killer had been arrested for possession of a knife in 2014 and 2019.

Lall told jurors he had been diagnosed with schizophrenia but could not remember the last time he took his medication.

Mr Isichei’s son Daniel, 43, said: “As a family we have struggled to come to terms with this killing and to understand why someone who has a history of violent abuse and knife carrying was allowed under no supervision order to be freely able to walk around and stab our father dead who was innocently walking home on his own leafy suburban street.

“The absolute lack of remorse and denial by the killer, combined with obvious mistakes made by authorities in not having him under some form of supervision licence has all added to our grief.

“We want to work to ensure that this tragedy which could have been stopped does not happen to anyone else.

“We are pushing for an inquiry into why so many obvious triggers were missed. It is obvious that unless something is done this will happen to other people.”

The victim was described as “one of the kindest, funniest, gentlest, hardworking and loving people you could ever wish to meet,” in a victim impact statement ahead of Lall’s sentencing next week.

Mr Isichei’s family, including his 93-year-old mother, Phil, attended every day of the trial.

They said in a statement: “Why was a person with a history of carrying knives who was only arrested while carrying one in January 2019 allowed to be back out on the streets unsupervised to carry out this senseless killing?

“As always the voice of the victim is not heard, we can no longer ask him as he has been cruelly taken away from us. A pain we feel every day.

“We believe something must be done, we want to see some sort of positive come out of this.

“In court we were told that this person would have been suffering from acute psychosis at the time of the attack as they had been off their medication for at least the last six to nine months.

“Authorities must answer the questions around why someone with a history of mental illness, was arrested in January for carrying a knife and was released in April with no follow-up on whether they were taking the medication that could have made a difference.”

Lall, of Vine Cottages, St Mary’s Avenue South, will be sentenced on Monday.