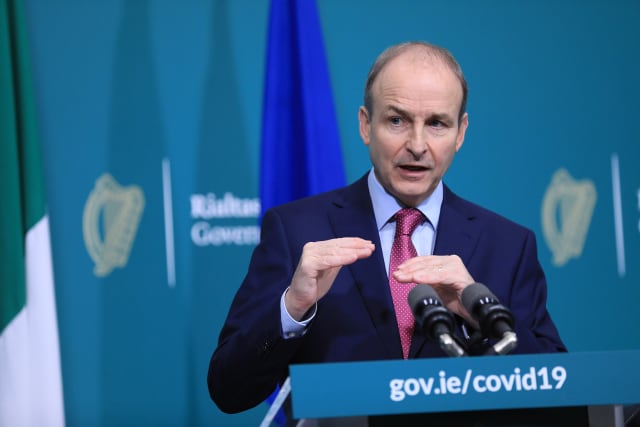 Irish premier Micheal Martin has said that a post-Brexit trade agreement is “within reach”.

Mr Martin said, however, that there are no “winners or losers” in the coming days of the negotiations.

At a summit of EU leaders on Thursday, Mr Martin said it is a good thing that talks will continue until Sunday when a decision on the future of the negotiations will be taken.

He said: “There can be no winners or losers in these negotiations from now on. There has to be a common purpose in terms of getting a deal over the line because it makes sense to get a trading deal.

“It makes sense to get a trade deal. I’m very aware of the difficulties around a level playing field, the dispute resolution mechanism and fisheries.”

Mr Martin said he did not expect a breakthrough in the meeting between European Commission president Ursula von der Leyen and Prime Minister Boris Johnson on Wednesday.

“I think the fact that they met for quite a lengthy period of time and that frank exchange of views in itself is a good thing, and the fact that the negotiators are mandated to go back in again and try to break the logjam,” he added.

“Dialogue is key and both teams have given themselves a deadline of this Sunday. I think the key to unlocking this is to stand back and look at the overall picture here.

“97% of this is agreed. Are we saying we are going to lose out on a deal because of 3%? Notwithstanding the significance of the issues.

“The bottom line is a lot of work has been done, a lot of agreement has been reached, so one final effort is required.

“There will, obviously, be the need for a compromise at the end of the day.”

The EU has set out its no-deal contingency plans if a trade deal is not in place when the current arrangements expire at the end of the month, including on air routes, aviation safety and road transport.

One of the four measures proposed by Mrs von der Leyen is for EU fishing boats to continue to enjoy access to UK waters during 2021, an area which has been one of the main sticking points in the trade negotiations.