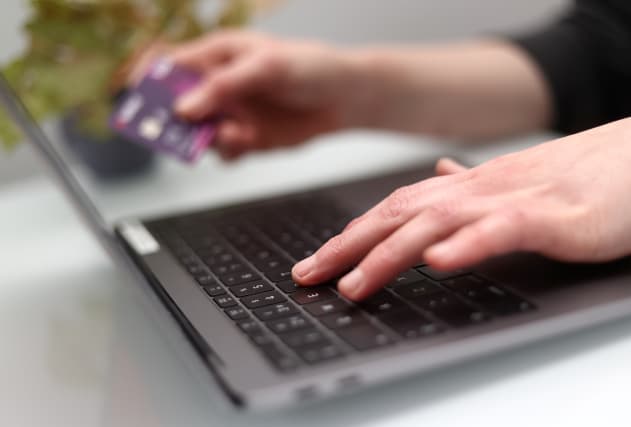 Banks need to do more to provide effective warnings which could make customers think twice about sending money to a fraudster, a review has found.

The Lending Standards Board (LSB) looked into how banks are interpreting a voluntary code they have signed up to which reimburses blameless victims of bank transfer fraud.

Scam warnings are a key tool banks can use to help prevent customers from being conned.

Launched in May 2019, the code sets out a commitment to reimburse victims of authorised push payment (APP) fraud, in situations where neither the customer nor the bank is to blame for the transferring of money to a criminal.

When firms identify risks as customers are in the process of making payments, the code says they should take reasonable steps to provide effective warnings.

But the LSB said that in limited instances an absence of warnings resulted in breaches of the code.

It also found that arbitrary thresholds resulted in transactions below certain amounts either not receiving a warning or only generic text.

The content of warnings requires further development across firms generally, the LSB said.

More than £89.2 million has been reimbursed to thousands of customers since the code was introduced.

Previously, people lost large sums because they could not claim money back from their bank when they had authorised the transfer themselves.

The LSB took over responsibility for the code in July 2019.

Emma Lovell, chief executive of the LSB, said: “Overall, we found that signatory firms had taken the provision of effective warnings as a serious tool in efforts to prevent APP scams taking place.

“However there is still work to be done to ensure all firms are displaying dynamic and targeted warnings which are effective in making a customer stop to carefully consider whether the payment should be made.”

The LSB said good practice included improved education about scams and the use of customer feedback to determine the success of the warnings.

Many banks now have “scam awareness” hubs on their websites and advertise warning messages about scams.

The LSB said a large proportion of scam education is generic, but it is clear that firms intend to be more innovative and impactful in providing targeted education to customers and staff.

Individual reports have been sent to firms so they can improve protection.

Ms Lovell added: “We will monitor firms’ progress in embedding these recommendations and conduct a follow-up review later next year.”

The latest findings will also feed into a wider review of the Contingent Reimbursement Model Code, the results of which will be published in 2021.

Earlier this week, trade association UK Finance announced that temporary funding arrangements for the code have been extended for a further six months to June 30, while a long-term solution is developed.

Katy Worobec, managing director of economic crime at UK Finance, said on Wednesday that there is a lack of consistency in customer outcomes and a lack of clarity for banks around how they should implement the code.

“The industry is calling for further action with new legislation to drive consistent outcomes for consumers and firms.”

Gareth Shaw, head of money at Which?, said: “Bank customers currently face a lottery if they are targeted by fraudsters. Some banks are protecting their customers and reimbursing them, while others treat victims appallingly and abandon them when they lose money to sophisticated scams.

“The bank transfer scams code needs to be urgently reformed, with greater consistency and transparency around how individual banks are treating customers.

“There should be a mandatory scheme for reimbursement that all banks and payment providers are required to sign up to, and clearer standards are needed that guarantee much better protection for customers.”