We will vote in the national interest if a Brexit deal is secured, says Starmer 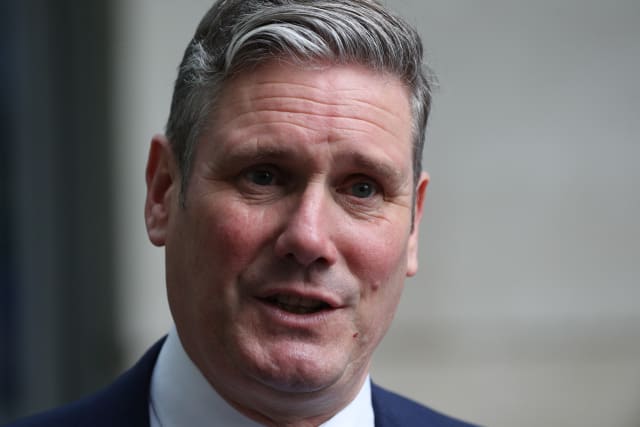 Sir Keir Starmer urged Boris Johnson to deliver the Brexit deal he promised after insisting Labour will “vote in the national interest” should one be secured.

The Labour leader also claimed the Prime Minister’s “incompetence has held Britain back” and pleaded for “this charade” to end and “allow the country to move on”.

Mr Johnson used their exchanges at Prime Minister’s Questions to try and tease out how Sir Keir would vote on any agreement between the UK and EU on the future relationship beyond December 31.

He accused Sir Keir of “silence” on the matter and claimed the UK will become a “magnet for overseas investment” whether there is a deal or not.

Speaking in the Commons, Sir Keir said: “The Prime Minister asked me how I’ll vote on a deal that he hasn’t even secured – secure the deal Prime Minister, you promised it.

“I’ll say this: if there is a deal, and I hope there’s a deal, then my party will vote in the national interest – not on party political lines, as he is doing.”

The Labour leader added: “The Prime Minister has done 15 U-turns, he’s had five different plans on Covid, and last week 53 of his own MPs voted against it, so if I were him I wouldn’t talk about leadership.”

Sir Keir asked Mr Johnson to tell MPs how many of the 50,000 customs agents will be in place on January 1, with the Prime Minister not offering a figure.

Mr Johnson replied: “We’ve invested £1 billion in getting this country ready for whatever trading relationship is on January 1 and £84 million into supporting customs agents across the UK.”

“Whatever may happen in the next few days there’s no doubting his incompetence has held Britain back.

“So will he end this charade, end the uncertainty, get the deal he promised, and allow the country to move on?”

Mr Johnson replied: “He remains deafeningly silent on what he really thinks about a Brexit deal. While he puts a cold towel round his head lost in thought and tries to work out what his position is… we’re getting on with the work of government.”

At one stage, Speaker Sir Lindsay Hoyle called out for Labour former minister Chris Bryant to reappear in the chamber after taking exception to apparent “disgraceful” heckling toward Mr Johnson.

Mr Bryant eventually returned, with the pair having a heated discussion at the Speaker’s chair during Prime Minister’s Questions, with Sir Lindsay adding: “Mr Bryant, I think we need this conversation later.”

It was unclear what prompted the reaction from the Speaker.

Earlier in the session, Sir Keir warned it would be the “British people who pay the price” if there is no trade deal with the EU.

The Prime Minister replied: “The more he talks about Brexit, the more I can see why he tried to avoid the subject for the last year.”

He also told MPs: “What I can say is that this country will be ready for whether we have a Canadian or an Australian solution, and there will be jobs created in this country, throughout the whole of the UK, not just in spite of Brexit but because of Brexit, because this country is going to become a magnet for overseas investment.”

Sir Keir took part in PMQs from home as he is isolating after a member of his office staff contracted coronavirus.

Mr Johnson made jibes about Sir Keir appearing from Islington, with the Labour leader telling the Prime Minister he was in Camden.