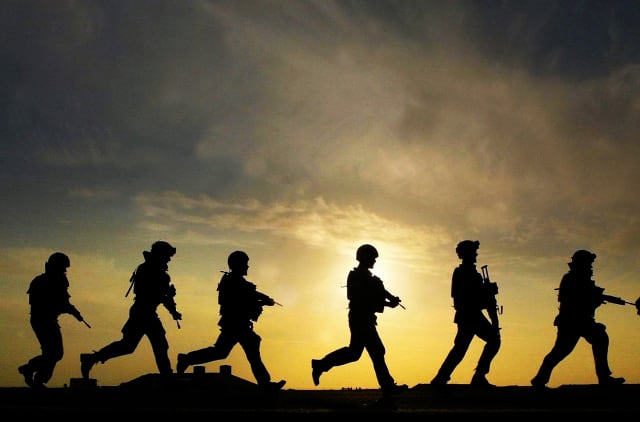 British troops are “accepting a risk to life and limb” during their three-year deployment to war-torn Mali, according to a defence minister.

James Heappey recognised the risks faced by soldiers involved in the United Nations peacekeeping mission despite their training, equipment and mitigations put in place.

MPs heard the majority of the UK’s 300 armed forces personnel will have deployed to the UN mission in Mali, known as MINUSMA, and completed quarantine by December 22.

The contingent includes troops from the Light Dragoons, the Royal Anglian Regiment and other attached personnel, the Commons was told.

The UN has more than 14,000 peacekeepers from 56 nations involved in its mission in west Africa.

Mali’s president, Ibrahim Boubacar Keita, announced his resignation in August, hours after mutinous soldiers fired shots into the air outside his home and detained him and the prime minister.

It followed disputed legislative elections and criticism of the government’s handling of an Islamic insurgency that has engulfed the country once praised as a model of democracy in the region.

Speaking in the Commons, Mr Heappey said: “This mission is not without risk, this is a dangerous part of the world in which to be operating.

“It is because it is such a dangerous part of the world that the case for being there as part of a peacekeeping force is so easily made.

“And we should be clear that despite all of the training, all of the equipment, all of the mitigations that were put in place… our troops are accepting a risk to life and limb in serving in the Sahel and we thank them for that.

“We genuinely believe it is in the interests of the UK and the people of Mali that we contribute to that mission.”

On the situation in Mali, Mr Heappey earlier said: “Over recent years, Mali has become one of the most unstable countries on the African continent.

“Terrorist aggression and conflict between communities has been on the rise and the United Nations’ multi-dimensional integrated stabilisation mission in Mali is mandated to support the Malian people in their effort to secure sustainable peace, to support the re-establishment of state authority, protect civilians and to promote and protect human rights in Mali.”

The UK has committed to a three-year deployment, with a review to be held after 18 months.

“Accordingly, the first deployment led by the Light Dragoons will be replaced by a second contingent led by the Royal Anglian regiment in the summer of 2021.”

For Labour, shadow defence secretary John Healey said: “Britain’s responsibilities as a leading UN member are being met with this Mali mission, alongside our continuing commitment to peacekeeping operations in eight other countries around the world.

“I pay tribute to our armed forces personnel who serve in these missions. They will, as the minister says, continue to make the UK proud.”