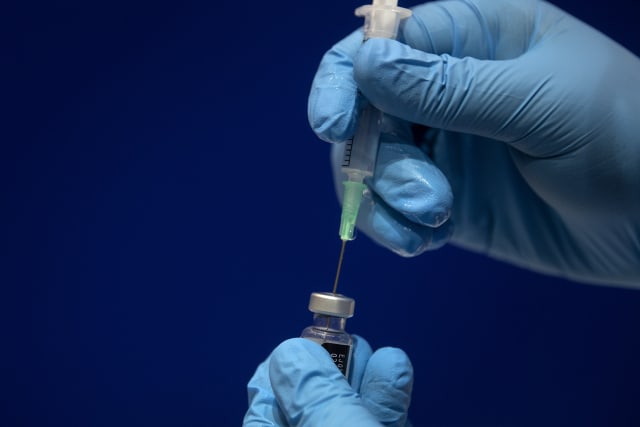 The UK should have three or four vaccines against Covid-19 by the middle of next year, England’s chief medical officer has said, adding that the jabs are being closely monitored for safety.

Professor Chris Whitty said around 20 million people are in the first phase of the NHS vaccination programme, including all those over the age of 50, plus healthcare workers, care home staff and elderly people.

He told the Commons Health and Science Committee he expects to have a “portfolio” of several vaccines by the middle of 2021, but advised that the rollout process should still proceed “carefully”.

He said: “The aim would be to roll out this vaccine and any others that get a licence and are effective and safe.

“We expect, probably by the middle of the year, to have a portfolio of three or four vaccines which we can actually use.”

It came as the Medicines and Healthcare products Regulatory Agency (MHRA) gave precautionary advice to NHS trusts that anyone who has a history of “significant” allergic reactions to medicines, food or vaccines should not receive the jab from Pfizer/BioNTech.

Two NHS workers with a history of serious allergy suffered an allergic reaction after receiving the vaccine on Tuesday as the NHS rollout got under way.

Both staff members had a significant history of allergic reactions – to the extent that they carried adrenaline auto-injectors with them.

Professor Stephen Powis, national medical director for the NHS in England, said: “As is common with new vaccines, the MHRA have advised on a precautionary basis that people with a significant history of allergic reactions do not receive this vaccination after two people with a history of significant allergic reactions responded adversely yesterday.

The NHS said both people developed symptoms of “anaphylactoid reaction” shortly after receiving the vaccine.

Prof Whitty told MPs that he and Dr June Raine, who leads the MHRA, had discussed safety issues “at 11.30 last night”.

He said the NHS and the MHRA are in a “very good position” to pick up “extremely rare” issues with any vaccine once it is in use.

“The initial process, very importantly, picks up common side-effects – that’s what the big phase two and then subsequently, if they are safe, phase three clinical trials allow to happen,” he said.

“But extremely rare but important issues, inevitably you accrue more information over time.

“The NHS through to the MHRA is in a very good position to make sure that we can pick things up quickly, identifying them, communicate them widely, ensure that we improve practice.”