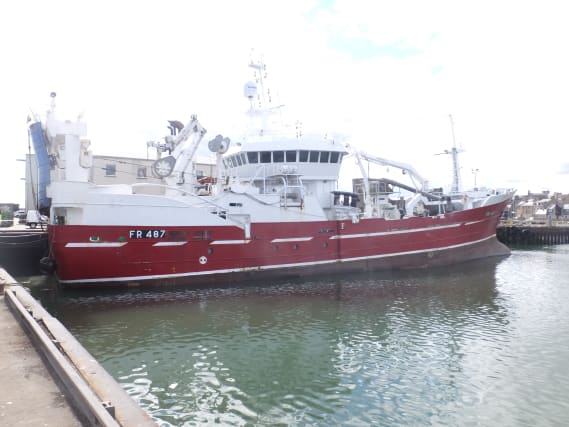 An engineer on a fishing trawler died after he was asphyxiated by gas that leaked into a refrigerated saltwater tank where he was working without any safety precautions, an investigation has found.

Three other crew members were also “nearly overcome” when they tried to rescue second engineer William Ironside on the trawler Sunbeam in Fraserburgh on August 14 2018.

A Marine Accident Investigation Branch (MAIB) report found the fatal accident happened because Mr Ironside entered the tank, which was an enclosed space, “without any of the safety precautions normally associated with such an activity”.

There was no ventilation in the refrigerated saltwater tank (RSW), the atmosphere was not monitored and he was working alone without communications.

Investigators found entering into Sunbeam’s refrigerated saltwater tanks without appropriate safety precautions had been “normalised” by the crew.

On this occasion, however, the atmosphere “could not support life” because Freon gas had leaked into the tank through corroded tubes in the evaporator of the vessel’s starboard refrigeration plant, the report found.

Fellow crew members found Mr Ironside collapsed inside the tank at about 1.50pm on the day of the incident.

Another second engineer (2/E) raised the alarm by shouting loudly and then descended the ladder into the tank, where he found Mr Ironside was unconscious and not breathing.

One of the deck crew also went down the ladder and helped the 2/E with cardiopulmonary resuscitation (CPR).

Another deckhand started climbing down the ladder but then started to feel light-headed and his throat tightened.

He also saw the other 2/E had collapsed and the deckhand who was in the tank was behaving strangely so climbed out while another crew member dialled 999 to call for help from emergency services.

Sunbeam’s two deckmates then donned breathing apparatus, entered the tank and removed both the 2/Es and the deckhand from the tank using a loop of rope and a crane.

Despite the efforts of the crew and paramedics, Mr Ironside could not be resuscitated.

The MAIB report found Sunbeam’s crew had historically decanted the Freon out of the refrigeration plants when in harbour but this practice had ceased in January 2018, leaving the Freon in the system and “vulnerable to any loss of containment”.

Investigators found the tanks were not managed as enclosed spaces by the crew and the uncontrolled entry into the tank happened because “the absence of appropriate safety measures had become normalised on board”.

The MAIB has made several recommendations, including issuing a safety flyer to the fishing industry and publishing a safety bulletin explaining the initial findings and safety lessons of the investigation.

In response to the MAIB’s safety recommendation, Sunbeam Fishing Limited, the owners of Sunbeam, have completed a risk assessment and introduced a safety procedure for enclosed space working, including atmosphere monitoring equipment.

A spokesperson for Sunbeam Fishing said: “The tragic accident on August 14 2018 resulted in the loss of our friend and shipmate, William Ironside.

“We have fully co-operated with the MAIB and are committed to implementing the report’s recommendations.

“We hope the wider issues raised in the report will lead to improved safety for all those working at sea and prevent any similar accident from happening.”