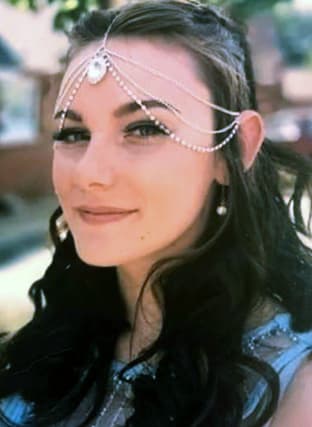 The mother of murdered teenager Louise Smith has branded her daughter’s killer “pure evil”, as the 30-year-old was jailed for life to serve a minimum of 25 years.

Shane Mays, from Havant, Hampshire, smirked as he sat in the dock to be sentenced at Winchester Crown Court after being found guilty of the murder of the 16-year-old on VE Day.

The defendant, described by prosecutors as “predatory”, lured the 16-year-old to the secluded spot in Havant Thicket where he repeatedly punched her in the face, causing her fatal injuries.

He then defiled her with a stick before burning her body, which was found 13 days later following a major police search.

The “vulnerable” student had moved in with the defendant and his wife Chazlynn Jayne (CJ) Mays – the victim’s aunt – at the end of April after she had “quarrelled” with her mother, the court was told.

But arguments broke out between the trio and Louise complained to her boyfriend, Bradley Kercher, that Mays would “flirt” with her and pin her down, and the jury was shown a Snapchat video of him tickling her feet.

James Newton-Price QC, prosecuting, told the trial: “Louise was just 16, she was anxious, needy, fragile and vulnerable, vulnerable to the attentions of a predatory man who was apparently flirting with her and living in the same small flat.”

He suggested Mays had persuaded Louise to walk with him to the woodland by offering her cannabis with the aim of sexually assaulting her.

The judge, Mrs Justice May, said: “Shane Mays was in a position of trust in relation to Louise; theirs was like a father-daughter relationship.

“That being, he committed the most gross abuse of trust. I am not persuaded his learning disability tempered this in any way as Shane Mays plainly recognised Louise was young, had mental health difficulties and was in his and CJ’s care.

“The sudden death of any person is tragic but the death of a vulnerable child is particularly grievous.”

In a victim impact statement read to court, Louise’s mother Rebbecca Cooper said: “You killed my daughter Louise in such a traumatic way but then to do what you did afterwards is beyond words. You are a monster. What gave you the right to do that?

“You damaged her so bad that I didn’t have a chance to say goodbye, hold her hand or even kiss her. I will never forgive you for this.

“You came to my house the day you killed her, looked me in the eyes with no remorse when you knew what you had done was pure evil. You have made us relive what you did to Louise.”

She described her daughter, who wanted to be a veterinary nurse, as “happy and smiley” who “had the world to look forward to”.

Louise’s father Bradley Smith said he was “tortured by nightmares”, and added: “Louise was a beautiful daughter and I have been robbed of what was to be my time with her.”

Mays, who admitted manslaughter, told the court he punched Louise “many” times to the face and had heard her bones “crack” after losing his temper.

He said: “I just carried on, I lost control of myself. She made a moaning noise, that’s when I stopped.”

The court heard a clinical review of the defendant found he had an “extremely low” IQ of 63, putting him in the bottom one percentile of people.

Mays told the court he had not worked for five years and spent nine hours a day playing video games.

Andrew Langdon QC, representing Mays, said the defendant had been assessed as having learning difficulties and a personality disorder.