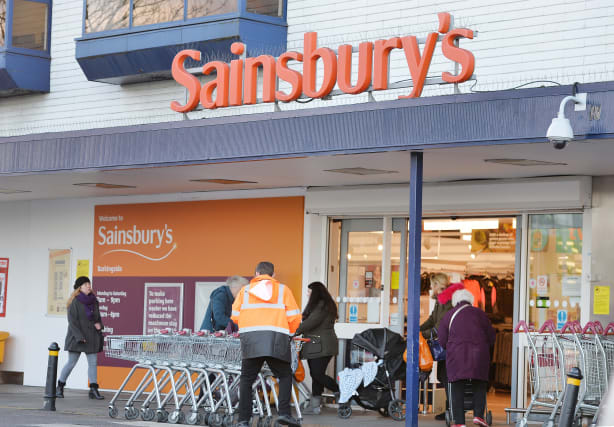 Three million self-employed workers who remain ineligible for Covid-19 support grants should benefit from the £1.95 billion returned to the Government by essential retailers, MPs have suggested.

Liberal Democrat MP Munira Wilson said around one-in-10 of the UK’s workforce had “fallen through the gaps” of the various coronavirus income support schemes introduced this year.

Speaking in a Westminster Hall debate on Wednesday, the Twickenham MP said it was a “glaring injustice” that the Treasury had “repeatedly refused” to address the issue.

One solution suggested by Conservative former cabinet minister Esther McVey was for the Government to use the Covid-19 business rates relief that various supermarkets had returned.

The Tatton MP said: “Blue-collar Conservatives set up the campaign asking for supermarkets to return their Covid business exemption, specifically with the purpose that that money would be redirected to those who received no support during this period.”

She added: “Having spoken to those firms – that was the basis with which they handed that money forward.

“I do hope that the minister will act in the same faith and spirit of those supermarkets who handed over that money.”

Tesco, Sainsbury’s, Asda and Morrisons were among several essential retailers who committed to returning savings they made during the rates holiday.

Conservative MP Imran Ahmad Khan agreed that the funds should be “repurposed and directed” towards those who have not received any support.

MPs used the debate to highlight how some of their self-employed constituents had been forced to rely on food banks as their businesses collapsed during the pandemic.

Ms Wilson said: “These three million individuals are from all walks of life, from beauticians to builders, to teachers, to driving instructors,  taxi drivers, lawyers, and those working in our world-leading creative industries, and many, many more.

“There are heartbreaking stories of desperate need, including the use of food banks and people not being able to switch the heating on this winter.”

Andrea Leadsom, another Conservative ex-cabinet minister, said it was now “time to consider those left behind and see what we can do to help them survive into 2021”.

Labour’s shadow treasury minister Bridget Phillipson said many self-employed workers who put money aside for their end-of-year tax bills were no longer able to claim for Universal Credit.

She said: “In many cases these savings trigger an end to their Universal Credit eligibility or they can only claim at the reduced rate.

“This means not only are they going without support for longer but they will face even greater financial difficulties when they are required to pay their end-of-year tax bill.”

Treasury minister John Glen said the Government “had striven” to provide support to as many businesses and individuals as possible, but added it meant “taking some difficult decisions”.

He said: “That help must be targeted at those most in need and to achieve that we had to set clear rules.

“That’s why we’ve said those eligible to claim from the self-employment income support scheme must have made profits of no more than £50,000 from self-employed activity.

“For those on the upper-side of the £50,000 cut-off I recognise that must feel unfair, but we did have to draw a line somewhere.”

But Ms Wilson argued: “Undoubtedly some of the three million are high earners, but the stories we have heard today and a lot of the surveys have shown a lot of these people are struggling to get by.”

She said some freelancers working in the creative industries were “barely living hand-to-mouth”.

Weather warnings over snow for parts of UK

Sunak under fire after thanking mums for ‘juggling childcare and work’