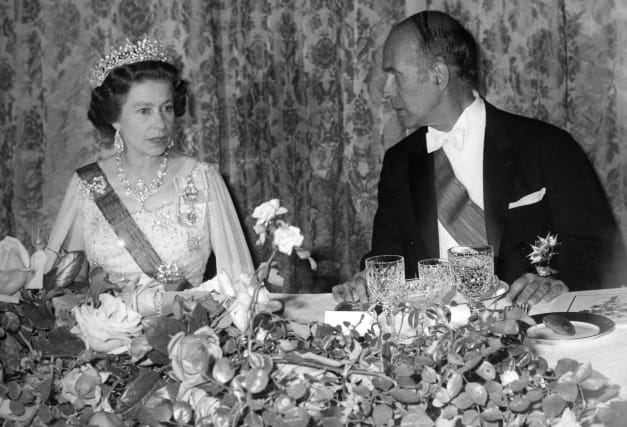 The Queen has expressed her deepest sympathy to the people of France on the national day of mourning for former French president Valery Giscard d’Estaing.

Her message to President Emmanuel Macron on Wednesday read: “Prince Philip and I were saddened to learn of the death of President Valery Giscard d’Estaing.

“His passing is a great loss to France.

“I wish to convey my condolences to his family and my deepest sympathy to the people of France.”

Mr Giscard d’Estaing, who was 94, died from coronavirus last week at his home in the Loir-et-Cher region of central France following a short stay in hospital.

Born in 1926, he served as president between 1974 and 1981, with the legalisation of abortion and divorce by mutual consent among his most significant achievements in office.

He  caused a literary storm in 2009 by writing a novel detailing a fictional romance between a thinly disguised Diana, Princess of Wales, and himself.

Mr Giscard d’Estaing met Diana on a number of occasions.

He also met the Queen several times, including in London in 1976, and at Chequers in 1977.