Professor ‘glad’ he did not face haemophilia treatment decisions earlier 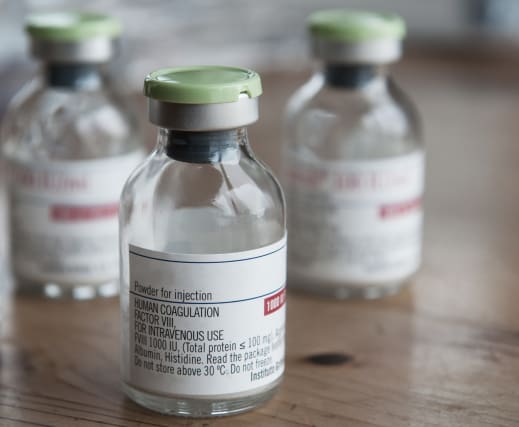 A haemophilia professor has told how he is “so glad” he did not face decisions on treatment for patients faced by his predecessors, as he would not have known what to do.

The Infected Blood Inquiry heard from Gordon Lowe – who held several positions at Glasgow Royal Infirmary between 1974 and 2009 – who said medics had to balance the risk of people developing a “nasty disease” with the likelihood of dying from their condition if untreated.

Thousands of patients across the UK were infected with HIV and hepatitis C – which was previously known as non-A, non-B hepatitis – through contaminated blood products in the 1970s and 1980s.

Prof Lowe told how the first haemophilia patient at the hospital to develop cirrhosis as a result of non A non B hepatitis in the 1980s could trace the infection back to use of plasma in the 1950s or cryoprecipitate in the 1960s.

But he said risk of infection came from a range of other treatments, while experts had already predicted a major risk to liver disease developing.

He added: “I think the prediction is correct but the question is: what should haemophilia doctors have done?”

“I’m so glad I wasn’t born five years earlier because I don’t know what I would have done.”

He told the inquiry that from his experience during the 1970s, the risks of hepatitis were not hidden from patients and would be brought up by doctors during meetings.

Prof Lowe said: “Hepatitis was not something that was hidden. It was the talk of the steamie, as we say in Glasgow.”