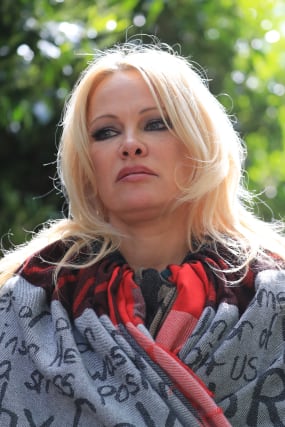 Pamela Anderson has written to the Taoiseach to urge him to ban hare coursing in Ireland.

The former Baywatch actor said coursing, which involves hares being chased by greyhounds, was “cruel and reckless” and was at odds with the “warmth and goodwill” that the country was known for.

Hare coursing is already banned in Northern Ireland and in Great Britain.

Coursing events were recently suspended in Ireland due to Covid restrictions.

Anderson, who said the suspension should be permanent, has written to Micheal Martin as part of her role with animal rights organisation Peta (People for the Ethical Treatment of Animals).

It is not the first time the Canadian born star, who is the honorary US director of Peta, has reached out to a taoiseach on animal welfare issues.

In the past, Anderson urged Enda Kenny to ban wild animal circuses and called on Leo Varadkar to prohibit fur farming.

The Government has since banned wild animal circuses and has committed to phasing out fur farming.

In her latest letter, the actor wrote: “As a long time animal rights advocate, I’ve celebrated alongside my friends at Peta after writing to your predecessors and hearing that Ireland had banned wild-animal circuses and would be moving toward ending fur farming.

“But there’s still more to be done. Will you please be the Taoiseach who finally lays cruel hare coursing to rest?

“The novel coronavirus has taught us the devastating consequences of messing with wildlife. And your government can heed that lesson by banning this so-called ‘sport’, in which gentle, sensitive hares – wild animals – are torn from their natural homes so that they can be chased by hounds for someone’s twisted idea of amusement.

“Hare coursing is reckless – and it’s cruel. Many hares die when they are captured, transported, and held captive before meets. Some endure stress-induced heart attacks or other organ damage, or they collapse and die of sheer exhaustion while desperately fleeing from the dogs.

“This blood sport is at odds with the warmth and goodwill that people around the world know and love Ireland for. The practice is currently banned because of lockdown restrictions, and you can help ensure that it’s not allowed to resume. It’s time – past time – that Ireland consigned hare coursing to the history books, where it belongs.”

In September, Rise TD Paul Murphy tabled a private members’ bill in the Dail in a bid to ban hare coursing.

Previous attempts to change the law have failed.