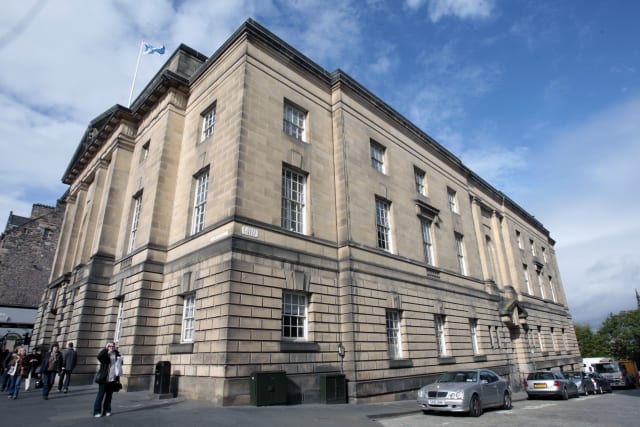 Numerous Google searches were made and websites visited about the Columbine High School shooters on the phone of a man accused of expressing a “desire to carry out a spree killing mass murder”, a court has heard.

Gabrielle Friel is on trial at the High Court in Edinburgh accused of intending to commit acts of terrorism.

The 22-year-old is said to have had a crossbow, arrows, scope, machete and ballistic vest in connection with this at various locations in Edinburgh between June 1 and August 16 last year, including his home, a social work centre and a hospital.

Friel is also accused of preparing for terrorist acts by conducting online research in relation to spree killings during this time, particularly those expressing motivation from or affiliation with incels – involuntary celibates.

Data from a Sony Xperia phone belonging to Friel was shown to the jury on Wednesday as part of evidence with Detective Constable Gordon Steven, a digital media investigator who interprets the findings of police cybercrime colleagues.

He told the court when going through such data he replicates the Google searches to take screenshots and while most searches will not be the same, changes to the webpages accessed will be “less likely”.

Advocate depute Richard Goddard took the constable through more than 100 searches spanning the June 1 to August 16 period – including various results on Columbine High School killers Eric Harris and Dylan Klebold, and the basement tapes recorded before the massacre.

Other searches asked “why I can’t stop thinking about” the pair and if they were “in hell”, with the jury also shown websites and forums discussing such topics.

Multiple searches were also made on the 2018 “Toronto van attack”, a separate search for “Seung Cho Virginia Tech” and a news article about a video game based on the Christchurch mosque shooting was accessed.

Other websites visited included one titled “I don’t want to be saved”, a Reddit thread on suicide by crossbow – which Mr Steven could not access on his police computer – and the UK Government website on shotgun and firearm certificates.

Between June, July and August there was also more than one search for “M4A1” assault rifle, “crossbow”, “hunting club” or “gun club”, “air soft”, “guns”, and “incels”.

A website called Gunstar, established by Mr Goddard to be an online retailer, was also visited on several occasions with pages including ammunition, a shotgun, multiple air rifles and a barrel of a gun that said “no license required” in its description.

Earlier on Wednesday, weapons including a crossbow and a machete recovered by police were presented to the court during evidence from Khaldoun Kabbani, a forensic scientist from the Scottish Police Authority who focuses on ballistics and weapons, including the science of bullets and projectiles.

A report suggests the crossbow was in “good external condition” and “in working order”, with the specifications stating it could fire arrows at 340ft per second and had a draw weight of 175lb.

When Mr Goddard asked if that was a considerable weight, Mr Kabbani replied “yes”.

He also asked about the registration of crossbows, to which Mr Kabbani read out a document stating they “cannot be considered firearms” but there is legislation on the sale of those with a draw weight over 1.4kg (3lb).

The crossbow shown to the jury had a draw weight of 79kg (175lb), according to another document.

Mr Goddard asked what damage this could cause, to which Mr Kabbani highlighted the steel tip arrows could pierce the “flesh and vital organs”, with many factors contributing to potential injury, such as wearing protection.

The advocate asked if it was “capable of killing someone” and Mr Kabbani replied: “Correct.”

The court was also shown three packets of five arrows, with the report saying one had been damaged with the steel tip and part of the shaft missing.

Friel is alleged to have test-fired the crossbow at a drinks can at his home at 163/2 Comely Bank Road, Edinburgh.

Mr Kabbani said while one “empty Pepsi can appears to be pierce-damaged” and could have been caused by an arrow, he added: “Other methods of damage cannot be ruled out.”

The vest was also shown to the court and worn by Mr Kabbani, who said it did not have the protective plates that would make it bullet or stabproof.

Brian Gilfedder, Friel’s lawyer, asked if someone would be able to tell from a distance if the plates were there, to which Mr Kabbani replied: “No.”

Friel is said to have “expressed affinity with and sympathy for one incel-motivated mass murderer” and the jury previously heard he appeared to “almost idolise” US killer Elliot Rodger.

He is also accused of expressing an intention – at the Orchard Clinic, Royal Edinburgh Hospital, and a social work centre in the city on August 14 and 16 last year – to commit a terrorist attack.

Friel has denied all charges against him and the trial, before judge Lord Beckett, continues on Thursday.